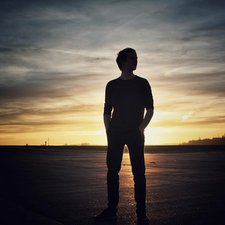 Is it possible to fix the backlight without replacing the screen?

My girlfriends 5X finally bootlooped yesterday. It just died in her arms, not even bIinking with the notifcation light when trying to power it on. started googling, and found a few tutorials of how to resolder the SOC etc. This is my second time going into a phone, first time was a successfull screen swap of a Huawei P9.

After cooking the motherboard and letting it cool down, I installed it into the phone. It seemed like a success at first, showing the google logo and almost booting into the homescreen.

But suddenly, the screen went black. And it is still black.

I took it apart, waited a while and cooked it again, a few minutes longer this time. Reassembled it, tried to start it, still no screen.

I did notice that the screen was working though, it took pictures, played sounds and reacted to touch. I shined a flashlight on the screen, an d saw that I could see the content faintly, so the backlight wasnt working.

TLDR: Is it possible to fix a non-working backlight without replacing the whole display? The display was already shattered a bit, but we had no issues with backlight beflore. Since it already bootlooped once, I dont think its worth buying a replacement screen in case it just bootloops again.

I don't see the backlight sold separately on Ebay.

Check to see if your Nexus 5x is still under warranty. LG is giving refunds on these phones if they are bootlooping. This is a known manufacture defect.

Yeah, thats the thing, the screen is shattered a bit so the warranty is broken. Would love to replace it through them though!

So, if the screen is $30, why not verify if LG will actually buy back the phone. IF they are ok over the phone, then go ahead and replace the screen and have them buy the phone back. The Nexus 5x was as at least a few hundred dollars, right?

Im not sure if they will do here in Norway, but I can ask. Although they would probably be able to tell that it has been opened and tampered with, the frame is pretty up aswell outside of the screen, so they might refuse due to physical damage even without seeing if it has been opened or not.