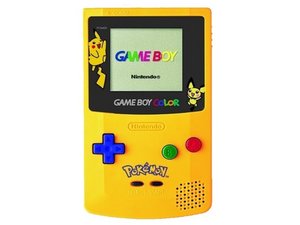 A color version of the Nintendo Game Boy, released in 1998. Repair of this device is straightforward. 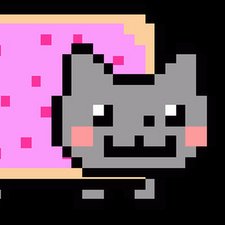 I have had this problem on my Pokemon Silver cartridge I found on eBay, I've tried everything that I've could and had no success.

Whenever I start the game it boots up like normal. I select new game and the intro plays except after choosing the time the screen goes black and sometimes reveals the bottom left part of the screen before it froze for about a half a second. After skipping through a few of the text messages (probably starts when the name your character screen appears) it either shows a white screen, throws up a bunch of data, or restarts the game with a glitched color palette (sometimes rare.)

If anybody can find a solution that would be great. There is a chance though that It might just be corrupted.

Loaded it into my GBA. The game plays normally except for battles and battle or battle like sprites (such as Professor Oak in the beginning) are garbles, static things look like they're corrupted. Keep in mind the cartridge was acting normally before this even became an issue. Battles seem to give the enemy and your Pokemon infinite health after using an attack, making trainer battles impossible. Other than that runs completely normally and exactly like the original. I also made sure it was the original by watching some gameplay videos of it.

I Looked inside the cartridge to see if I could see any problems. One thing that I didn't notice at first was that the battery inside was small and didn't fit the battery outline. So I compared it to the other batteries that I have and it seemed to fit perfectly in the outline, so what I'm thinking is, the battery is small and causing some problems. So once I have the tools to desolder and solder in the new batteries, I guess I just have to wait.

No success on changing the battery. Same results. So I guess I’ll just have to buy a new cartridge. Thanks to everyone who tried to help.

Your game has a damaged rom bank, half the games memory isn't accessible.

Sorry for the late response, I rarely check this. So I have to replace the Memory Bank Controller? I was reading this guide on how to repair Gameboy games and mentioned that Silver uses a MBC3. So I am able to take apart a different Gameboy game and replace the MB3?

Does it happen with other games too?

Because if that's the case, there's a few things that it could be.

It could be that the cartridge slot is out of place, and you'll probably feel like the game card is loose. It could also be that your system is old and maybe has some circut damage and the game card may have been waterlogged or interiorly damaged at some point. If that's not the case, and if it doesn't happen with other games too, then maybe you should look for a replacement cartridge. I'm not 100% sure, but GameBoys might save data to the actual system memory and may save your progress.

It's just this game, I have had no problem with my other games, just this one.

Have you been able to compare this cartridge with an identical one? I am wondering since you found it on Ebay if it is authentic or not.

Before this happened I found no difference from the original game, I could even add a picture of the cartridge if I have the time. The sticker on the cartridge is ripped up though.

I just edited the thing because I just did some more experimenting with it.