The April 2014 update of Apple's 13" MacBook Air features refreshed dual-core i5 and i7 processors, plus slightly increased battery performance. 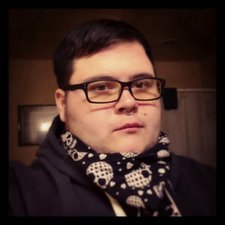 Are there M.2 adapters available and will they work with this model?

The Macbook does not have an internal hard drive.

Would it be possible for me to purchase an adapter like the one in the above video and install it like that guy did with his 2012 model? Would it boot?

Is there a similarly cheaper alternative to buying the Apple branded SSDs that cost too much?

Well... Not really possible to use this adapter.

The older MacBook Air's use the SATA dialog over a custom physical interface. Some folks created an adapter frame to convert the Apple custom physical connection to one a M.2 SATA based SSD unit could be used. Mostly this was due to the limits of the SSD's Apple offered at the time.

From my experience these adapters didn't do to well. The problem was most likely timing as Apple I think goosed the timing pushing the interface (device). As Apple controlled the device side they could get away with this unlike you who are going with some other vendors SSD which might not meet the timing requirements.

OK, lets get to the chase here... The newer 2013 onward MacBook Air systems use a proprietary PCIe 2.0 x2 interface (1 GB/s in each direction). In addition Apple altered the physical interface so the older adapter wont fit even if you got a PCIe M.2 SSD.

Your only choice is to get a SSD that was designed to work within this system. I would recommend you look at OWC SSD Flash Storage Upgrades for MacBook Air

You need to look at the specs for that model of MacBook Air you are planning on purchasing. It will tell you the maximum storage ssd it will take, which on most MacBook airs is 220Gb. Also make sure if you get a deferent brand of ssd that it fits in the area for the ssd and it doesn't go over the screw hole at the end. Most likely it's a better idea to get a 120 to 220gb ssd from apple to make sure it's compatible. But if you find a ssd from another brand that's cheaper again make sure it fits in the rectangle and doesn't go over the screw hole.