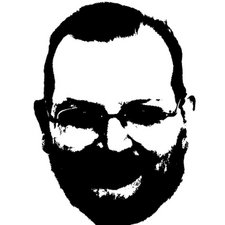 How can I replace the keyboard of my model A1286?

Due to heavily playing MechWarrior Online, some of my keys are worn out and the D also has a crack from one corner to the other side.

I already have a replacement keybord at home and want to replace it together with upgrading to a 1TB SSD.

As it seems I can leave out at least 20 of the 46 steps needed to disassemble a Upper case, I sincerely doubt that it is easier to replace a entire Upper case than the keyboard alone.

I can at least leave out steps 36 - 46 for the display and 23 - 33 for the battery & hard disk, making it a bit easier to replace a keyboard with keys and mat connecting it to the logic board than replacing a entire upper case ... although I need to do steps 26 - 28 anyway as I want to replace my 0,75TB HDD with a 1TB SSD too.

Especially the battery would be a problem for replacing my keyboard, as I am not sure if I own at least a BIT for the Y1 Tri-wing screws securing the battery to the upper case ( steps 23 & 24 ).

It may also be up to 10 times cheaper to replace only the keyboard !

Does ANYONE have a picture of the screws or pop rivets on the back side of the shell, which I need to remove for replacing the keyboard ?

Or a step by step instruction of how to disassemble the Upper case ?

It seems that I will have to swap my HDD for a new SDD first and postpone the replacement of the keyboard to a later time when I know if and WHERE to get replacement pop rivets ...

Usually replacing the entire Upper case makes more sense, especially when you have spilled some sugary liquid on the keyboard, but as I only have to replace my keyboard because it has been worn out by playing too much MechWarrior Online, I hope to get away with a cheaper solution for my hardware problems.

Sadly, we don't have a guide on taking the keyboard off the upper case. Frankly, its quite evident as you will be faced with only screws and/or rivets left under the logic board that are holding the keyboard in - Its about 85 in total!

Take a look at this persons post: Replacing a MacBook Pro 13" Keyboard. jump to page 5 to see the cover sheets and the screws. Different series have different configs some have all screws some a mix and others just rivets.

85 screws and/or rivets are quite a lot !

IF I have rivets can I replace them with screws or are these not interchangable ?

I do recommend you think about getting an external keyboard for your game play it will save you the effort in replacing the keyboard again next time.

I am already using a old Apple USB keyboard since last year on my MBP ... but I didnt dare to replace the internal keyboard until now

You'll need to follow this IFIXIT guide: MacBook Pro 15" Unibody Mid 2012 Upper Case Replacement. Once you get to this point you'll need to pull the screws or pop rivets off the back side of the shell to remove the keyboard. If you have rivets you'll need to replace the broken ones.

As to the keyboard many come with spare rivets and you'll need to make sure you got the correct one. The other option here is just replace the upper case which is a lot easier.

What is a "square rivet" ? Do you mean the KEYs of the keyboard ?

I got a german keyboard with the black keys on one side and a transparent keyboard map which connects the keys to the logic board on the other side.

I bought it at eBay from a seller in Hong Kong for about 25 € including P&P and got it several weeks ago without any problems from customs, which is considerably cheaper than spending up to 300 $ for a compleate Upper Case.

I asume that I dont have to disassemble my battery, harddisk, display and AirPort/Bluetooth assembly.

What is a square rivet? Spare Rivet

As in extra screws, the task needs 10 but you got 12 so two are spare screws. In this case in the process of taking the plastic rivets out you will likely break a few so you will need replacement rivets for the ones you break.

So the seller from Hong Kong did not send you any screws or rivets for the keyboard, if not you'll need to get some.

Can you please tell me WHERE I can get these REPLACEMENT RIVETS, IF I need them ?