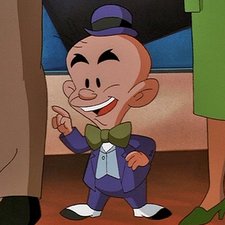 On older versions of ASD, it would tell you which sensor failed. TS0P, VP0R, IC0R, etc. It allowed for streamlined identifying and troubleshooting of the problem.

I have no idea what test group 5 or 7 can correlate to, or mean. The schematic gives the same useful interpretation of sensors that older schematics did, but the Apple Service Diagnostic which used to tell one which sensor has failed has become completely useless.

Holding down "D" and running that diagnostic is even worse, it tells me to go to an Apple Authorized Service Provider. I feel like this is a spiteful troll on Apple's part; god knows THEY won't have a clue which sensor has failed or how to fix it....

Before I go reading pulses to the SMC on every SMBUS line and recording & comparing to an identical board to find the out of spec sensor... help?

I gave up on ASD or even the builtin diagnostics years ago for basic diagnosis. Even when I do go deeper ASD is often limited in the areas I tend to travel. It doesn't help much on keyboards or trackpads or dead systems ;-}

I should point out I don't service many retinas, we tend to stay with the older non-retina systems as we need 16GB and other storage options than what Apple offers currently.

Even when I face thermal sensor issues I prefer other apps that just make it much easier to see. Have you tried: Temperature Gauge Pro. You don't need to get the full blown version for most things and I have an external drive which I use which has the full version when I need it.