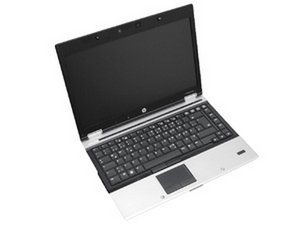 HP Elitebook 6930p announced in September 2008 and was one of the first generation EliteBook laptops. It was advertised as the first laptop to break the 24 hour battery life barrier.

The lid of my laptop no longer latches.

There are two posts on the lid which snap into recessed holes on the body. It seems there might be springs which grab the posts, but have lost their "springiness". The posts no longer latch into place when I close the lid.

Unfortunately, there's not much you can do in this circumstance; it's a problem that most aging 6930's see, and HP has since made design changes to improve the latching mechanism.

You could try replacing the base cover with a newer one, as that assembly should be included, or try bending the spring-pushed latching bar to have a better grip. Both require a considerable amount of work, tearing the machine down to it's core, and aren't guaranteed to resolve the problem.

The new LCDs have thinner clips that latch easier, and the internal latch bar is metal instead of plastic.

That had to be a horrid experience, I had 2 of them, person I know had about 50! Big deal to just fix those pins. I did not have much money in them although they were refurbished so they were ok. I did take some small channel locks and "gripped" each pin and tried to bend it towards screen and it worked good on one pin but not so good on the other,it being in a plastic (or what ever material) It was a sure accident waiting to happen so left it with one pin catching. If I would of had a amount such as you 2000 being a toolmaker and used to dealing with horrid situations I think I would have looked at another fix but never opened it up so don't know what you would be facing as an option to tearing the thing apart 2000 times.

I tried bending the pins forward a small amount,it got one pin to catch when shut. But I was holding my breath as I am a tool maker and know "bending" that small pin is risky and a short way to fix it. But unless you are mechanically inclined and tech savvy, I would just get a stick on Velcro strip and place a piece on each end

Safer and I also noticed the screen or lid had a slight warp in it. So if yours also is warped(lol couldn't help it) I would go with my Velcro fix.

Hi. As Bobby said , I tried bending the posts downward and it worked . However you should be careful of not applying too much force that might break the posts or even cause worse problems

Having read this thread I replaced the base and yes it did involve a considerable amount of work. Once completed I had the same problem. I therefore turned my attention to the pins. With the screen bezel removed I found I could bend each pin slightly towards the base, this I did and I placed a spacer behind each pin block. I then reassembled and "Hey Presto" one working catch.

Glad that worked my friend, i posted the "quick fix " and i could only get the left pin to catch. It is scary bending something that is not suppose to be bent tho! HP is aware of this and WAY on down the road did a fix for it...but I bet almost everyone with that model has the same problem. Velcro works but tacky. Good luck and glad that worked for you.

Ps ...like your screen name. use to watch Johnny every night. Best ever!