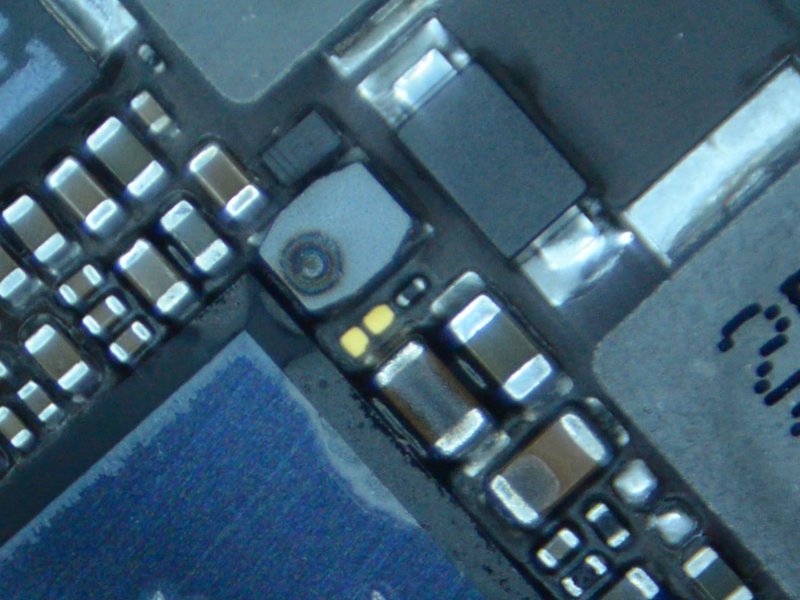 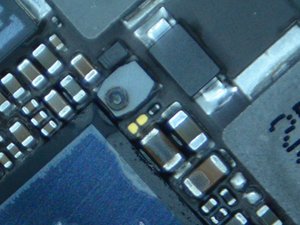 Learn about the common causes of iDevice backlight failure.

The backlight circuits in all iDevices with an LCD (excluding the classic iPod or Nano) share a common architecture:

Troubleshooting the Cause of a Backlight Failure

The Most Common Causes of Display Failures

The inductor coil is rarely the point of failure in modern iDevices.

The most common cause of a self-induced short occurs from working on the device with the battery still connected. Even when the screen is dark, there is voltage in the backlight circuit. A slipped pair of tweezers or misalignment of the LCD connector can short the backlight circuit to ground. (The iPad mini is particularly prone to this fault, as simply removing or inserting the flex cable into its connector at a slight angle is enough to bridge the backlight’s high voltage pin to the adjacent ground pin.) Avoid self-induced shorts by always disconnecting the battery before working on a device.

Another cause of backlight shorts is faulty assembly procedures. iPhone screens have a soldered joint on the LCD flex cable connecting the thinner backlight flex cable that powers the LED light strip. During device fabrication, these solder joints are protected by piece of black tape—however, during the screen refurbishing process some manufacturers neglect to replace the tape, apply it misaligned, or fail to apply it securely. As a result, the screen initially works during testing—but once the metal LCD shield is installed, the exposed solder joints touch the grounded frame, shorting the backlight circuit.

Backlight shorts can occur when the latch for the ZIF connector securing the LCD flex is missing. The LCD flex slides out an angle and the high voltage backlight pin contacts the ground pin, causing a short circuit.

Other Common Causes of Backlight Failure

Water damage is a frequent source of backlight problems. Water will corrode the LCD connector pin/pad junction, which breaks the electrical path to the connector and can damage the filter.

To diagnose whether your device is “dead” or just has a malfunctioning screen, try connecting it to your computer. If the computer recognizes the device, then the problem probably resides with the LCD screen or backlight circuit. Additionally, iPhones will notify the user of a backlight problem by repeatedly playing a chime sound and vibrating.

The good news is that nearly all backlight failures are repairable. Once the damaged component is identified it can simply be replaced. If this isn’t something that you can do yourself, call a knowledgeable microsolder shop and send it out for a quick repair.

Very good information to know thanks

Very good information, but what you are referring to as a "filter" is in fact a fusible link, on a circuit you will find it abbreviated FL, it is in fact a fuse and not a filter.

No I don't think so