This page will provide a brief yet descriptive troubleshooting guide for the HTC Surround device. This guide will list out several common issues that are present in this device and provide a simple yet detailed solution that may solve the issue. 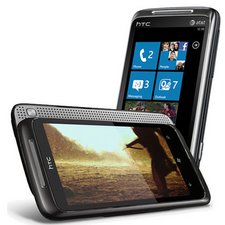 The Phone Will Not Turn On

You are not able to start up your device.

Phone is Not Charged

Plug your phone in with the proper charging cable; the phone should be able to be turned on within about ten minutes.

The problem may not be with the phone, and instead be a problem with the charging cord. Try charging a familiar device with the same charging cord you used with the phone to verify that it works properly. If the cord cannot charge another device, it is most likely faulty and a new one should be purchased.

Plug your phone in using a charger that you know works. If the phone still does not charge, this is a sign of a faulty battery and the battery needs to be replaced. To replace the battery, remove the back cover and pull the battery out from the indention spot with your finger. 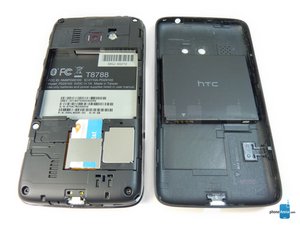 The first step is tearing the plastic case that covers the back of the device.

This occurs when your display is not functioning properly, resulting in no signal output. Another issue could be unresponsive display

Device is Not Turned On

Check to ensure that the device is charged and powered on before attempting to trouble shoot. If device is powered on, yet nothing appears on the screen the issue may be the display itself. Display replacement may be necessary.

Display Responds to Touch but Has No Signal Output

If your device responds to touch but does not display anything, there may be an issue with your touchscreen display, a replacement will be necessary.

Device is Unresponsive and Has No Signal Output

If you device is unresponsive to any interactions that you make with it as well as not display anything, this could indicate that your device display may be faulty or damaged. A replacement will be necessary.

No sound can be heard from the device's internal speakers.

Go into the devices settings and click on the sound tab. Make sure that that the device volume is set all the way up, sometimes lack of sound could be a result of phone being set on silence.

No Sound Even After Volume is Raised

You are unable to obtain a network connection on your device.

If you are unable to connect to nearby WiFi, make sure that your WiFi settings are enabled so that your device may pick up nearby WiFi connection. Having WiFi disabled could prevent you from connecting to WiFi networks.