I'm recently graduated from Cal Poly for computer science and I like tech stuff and band. I like to spend my time learning new things about programming (mostly about web development) and FreeBSD, Linux, and other cool UNIX things.

I'm originally from the bay area, so I try to spend some time there whenever I have a free weekend (which is pretty seldom). When I do go home, I like to spend time in SF. 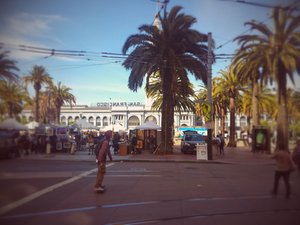 I started playing trumpet in 5th grade, and I haven't stopped since. I casually progressed through my schools' music programs, that is until I experienced the phenomenon of high school marching band. After freshman year, marching band was my favorite thing in the world. My friends and I would obsess about having perfect technique and performing super sick marching stunts. The next year, my friends convinced me to do this crazy thing called Drum and Bugle Corps. The best way to explain it is a marching band of brass, percussion, and colorguard members. These performers practice field shows for 12 hours a day for the greater part of two months, all while traveling across the country. 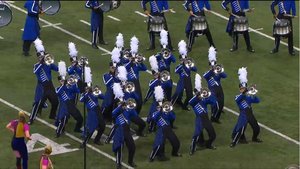 After two years of marching with the lower-division Blue Devils B corps, I marched with the Concord Blue Devils and with them won the 2012 Drum Corps International World Championship.

I was also in the Cal Poly Mustang Band for four years.

I've been interested in computers for a long time, but my programming experience only began once I started at Cal Poly. I kind of wish someone told me you could do cool things with computers sooner. Since last year I have started really trying to branch out and start learning things on my own. So far I've found web development to have to greatest number of online resources, as well as being the most fun for me, so most of my own learning is in that area.

I also like Linux! I began using Linux as a free alternative to Windows, but started learning command line tools because they made me feel cool. After a year or so I became more comfortable in Linux than Windows. I still keep a desktop around for video games (PC Gaming Master Race), but for almost every other purpose I've become most comfortable using Linux. Since then I've tried most of the big distros.

I currently use a Thinkpad with Antergos Linux with the i3 window manager. I have a personal goal to eventually switch to TrueOS full time.

In addition to my personal computers, I run a little server closet at my house. 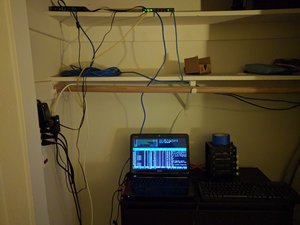 The laptop is running FreeBSD and hosts files and media within my home network. The device with the flashy lights on the right is a pretty simple gigabit switch and the device to the left of it is a router running PfSense. My roommates are luckily fairly patient when I occasionally play around with the router and accidentally break the internet for the house.

I like fantasy books like Lord of the Rings and Terry Pratchett's Discworld series. I've also read a couple books on Copyright and Free Culture, and how they relate to the freedom that users have with products that have copyrighted works in the form of software in them.

SLO is a pretty nice city for biking, so I got a road bike over the summer and I've been trying to use it as much as I can. There are also some pretty neat bike trails in the Irish Hills area, but I don't have a mountain bike that can handle that. 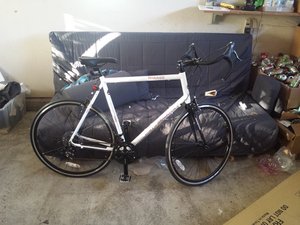 I like coffee a lot. At home I'll either make some coffee with my Aeropress or make large batches of cold brew.

I also like tea, but less than coffee. I tried pu-erh once and it was pretty neato.

How to recover Chrome OS to its original factory state

How to recover Chrome OS to its original factory state