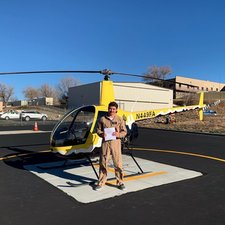 My name is Oliver Myers, and I attend Embry-Riddle Aeronautical University in Prescott, Arizona.

At Riddle, I study Aeronautical Science with a rotorcraft specialty. I am training to be a helicopter pilot, which is what I plan on doing for my career. I chose this major—and this career—for several reasons, but mainly because I grew up on a Christmas tree farm, where we would bundle trees in the field and fly them out with helicopters. Being around that during my younger years left a lasting impression on me, so I have always wanted to pursue this path. On top of being a pilot, I am an avid outdoorsman and am also a welder. I have used my skills as a welder to build a camper from scratch, as well as several other projects including welding a bumper and a fence line. 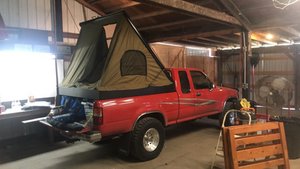 This project relates to me because I typically try to make my equipment last as long as possible; I drive a 1994 Toyota pickup with over 300,000 miles on it. I have done a multitude of repair projects for my truck, such as routine maintenance like replacing fuel lines and filters. The photo attached left is a picture of the camper that I fabricated for my truck. It is fully waterproof, and the top and fabric sides fold in and down for transport. 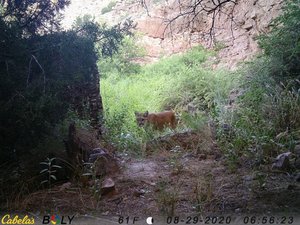 As for some miscellaneous things about my life, I received freshman of the year on Riddle’s wrestling team last year, was undefeated during my high school senior wrestling season, founded a shooting sports team my sophomore year, and received a student-athlete scholarship and several miscellaneous awards through my high school. As I previously stated, I enjoy anything outdoors, and I am typically fishing or checking trail cameras on the weekends. The photo attached left is a picture my camera took of a mountain lion, which is definitely one of the cooler photos I have gotten.

How to replace the Konica Minolta DiMAGE Z3 A/V port