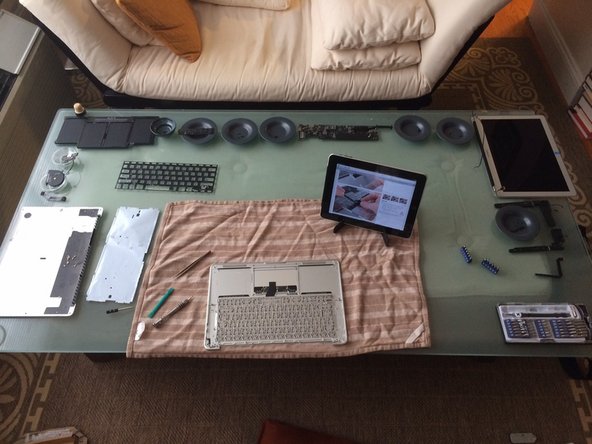 A mishap with a pint killed a handful of keys... stupid clumsy hands! But I'm super lucky it was just the keyboard and not the mainboard, SSD, etc.

The repair went great. The iFixit guide is insanely thorough and clearly laid out. I put it up on my iPad while i worked step by step. I wouldn't recommend it for anyone with shaky hands, but it's all pretty straightforward ultimately.

I'm kind of crazy meticulous with these sorts of things, and I appreciate the iFixit seems to be likewise. It was all really super smooth.

This is basically a complete teardown of the machine, and it's a *very* tightly laid out machine at that. It pays to be precise, and it pays double to use good tools... I can plug the iFixit driver set for this... the magnetic heads are wonderful with all those little parts.

I'd highly recommend having lots of little dishes or trays to keep the dozens of tiny screws and other parts in and keep them in order of the step in which they were removed. This way, you not only minimize your chance of losing anything, when you start putting it back together, everything's there in order... no worrying about what part is where or which screw is which. See the attached photo of my fully disassembled system.