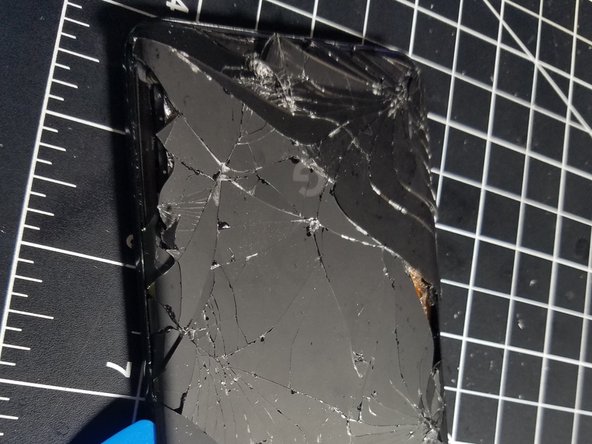 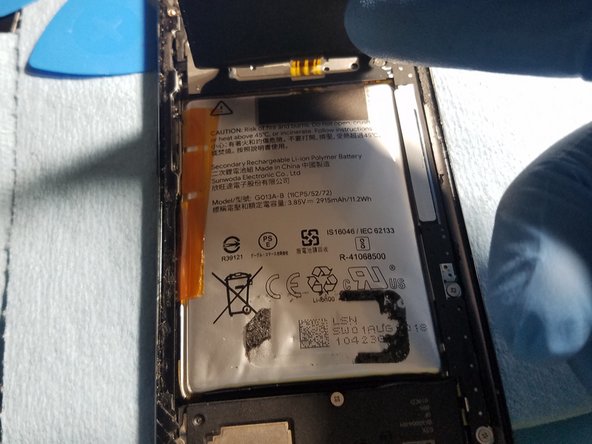 My phone was most unhappy. Though I had a bumper on it, it was dropped in such a way that hit the corner of the glass back panel and cracks spread out from there. I didn't know about it for some time until I took off the bumper to dust the phone off. As the phone was still working I left it alone for awhile until I noticed that my phone would no longer sit flat on a surface. The battery had gotten puffy and cracked the panel even more, so it was time to do something. The phone was insured and I tried to file a claim, but they tried to swap out my Google Store-bought unlocked phone with a T-mobile branded Pixel 3. I don't think so. They would not budge, so I sent it back and decided to fix the damage on my own.

The panel looked like it was run over by a truck, so it came off the back of the phone in pieces. There is a plastic film on the inside of the panel to stop it from completely fragmenting, but I still had to pick quite a few pieces off. Getting the panel adhesive gunk off the phone was probably the most PITA part of the repair. I used a foam swab to apply isopropyl alcohol and then a plastic laptop opener I used as a scraper to peel it off. Large chunks could be pinched or tweezed off. The guide was good in showing how to remove everything but then doesn't really go into any major detail about putting it back. Lessons learned below. However at the end of the day everything went back together - The parts I got from iFixit fit perfectly and I have a repair that I'm happy with.

-Buy the entire recommended set of repair items if you don't have them already. You might also want to get two each of the battery adhesive strips and back panel adhesive in case you are a klutz like me (note that the back panel comes with one adhesive cutout)

-If your back panel shattered like mine did, take care not to inhale any glass dust as you remove it from the phone.

-I was an idiot and tried to apply the battery adhesive strips to the battery well first. Don't do that. I peeled it completely off of its backing and static attraction sucked the strips together and turned it into a globby, unsalvageable mess. Take the top protector off first, turn the card over, and stick it to the battery first, making sure the positioning is identical to that of the residue you see on the old battery.

-Don't forget to put the foam bumper from the old battery onto the new one. You can stuff it in after the battery is mounted, but it's difficult.

-Connect the battery power to the phone before you put it in the well. I jumped the gun and put the battery in before I lined up the connector and the adhesive had bound, so that was that. The connector was close enough that I was still able to hook it up but I had to slightly torque the right angle of the power ribbon to do it.

-After I pulled the back cover off, I stuck some blue painter's tape to the camera lens as a dust cover as it leaves no residue and is easy to pull off. Since I had to wait a couple of extra days to get a new battery adhesive strip, it was especially needed.

-Make sure you take note of the orientation of the lens protector on the old back panel if you are replacing it. If you stick it on in the wrong orientation, it won't go back together correctly. Also, you will not be able to save the adhesive for the lens cover or fingerprint reader and re-use it if you have to transfer to a new panel. Make sure you have the Tesa tape card or a 1mm and 2mm roll handy.

-When you put the new adhesive for the panel down, you can peel the large sheets of the protective film off the top. There is another protective film that covers only the adhesive so you can put the back cover over the phone and make sure everything fits right before you commit. Make sure to check the camera image quality, flashlight, wireless charging, and fingerprint sensor. There is a sticker near the flash LEDs that can pop up and obstruct them. Watch for that as you do this repair.