Added a little more life to an old favorite 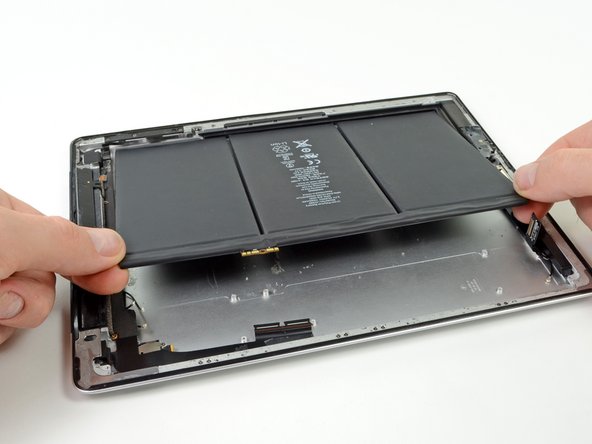 An otherwise pristine iPad (4th Gen) opted to not power up one morning - several years ago. An Apple "genius" recommended shooting it, as they "weren't worth fixing." I thought otherwise, I just needed to wait until it was cost-effective to fix. Even though the device is 32-bit and cannot run the latest (or previous) iOS, there was enough of iOS 10.3.3 to still be functional enough to allow a grandparent the chance to FaceTime with their grandchild, so it was worth a try.

Replacing the battery was straightforward, with easy-to-follow guides on iFixit.com. Having some experience with opening the "slim" iMacs, I had a good idea of what was expected to open the device. Unfortunately, after reassembling the iPad, I learned it was more than just a bad battery. I ended up buying a used logic board (and new adhesive strips) and tried again. THAT repair was not fun, and the guide on iFixit left a lot to be desired. I managed to break the old logic board, but the rest of the install went well and now I have an iPad to give to my son's 73 year-old grandma.

If you're replacing the battery because the device won't power on or show any signs of life even after being connected to the charging cable, look into a logic board, too. Do both at the same time. It's not impossible to repeatedly pry open an iPad, but it's not fun, either. Minimize the number of times you have to do surgery, if at all possible. If you plug it in and there are signs of life, but it just doesn't hold a charge, you may be able to get by with just a battery swap. Otherwise, I'd recommend looking for other more reliable spare parts to be swapped in.