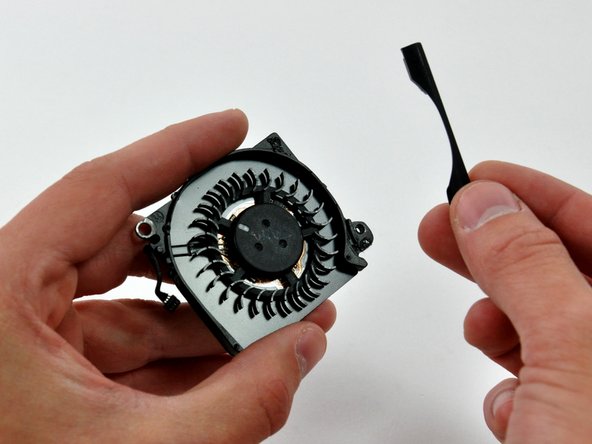 MacBook Air Models A1237 and A1304 Fan Replacement

The machine began to run a little hot with excessive fan activity. Eventually no fan, just a faint clicking sound and rising temperatures, which I diagnosed from various blogs as fan failure.

I hadn't checked the heatsink vs processor temperatures so couldn't confirm the state of the heat sink / thermal compound or be sure why the fan had been working harder than previously.

The repair went well, the iFixit guide absolutely 'spot on' describing every step of the repair perfectly. I also replaced the HDD with an SSD whilst the machine was open, also went perfectly once I'd figured how the zif connector worked.

The only issue was that one of the battery screws was damaged and extracting it was difficult. It took a little time drilling the head with a little help and a vacuum leaner to remove swarf as I worked. The battery has now one less screw holding it but you'll see that there are many screws holding the battery, one less will probably be ok.

The fan holds now at idle, 2500rpm, under most conditions, and temperatures are stable. Now with an SSD, its the machine it always should have been!

Living in the UK I deliberated long and hard about buying the spares directly from iFixit, I wanted to support iFixit, who's guides have been invaluable on numerous occasions with previous encounters - PowerBook 12" (HDD upgrade), Mac Mini (HDD & memory upgrade).

On this occasion as the part was a specific Apple part, I wanted to ensure that it fitted and would perform as the original so with mixed emotions had it shipped.

Take your time and work in a space where you can organise the many screws and sub-assemblies for reassembly. Also, as on his occasion you'll need to clean off and reapply the conductive paste, make a mental note of how much past there was originally to ensure a good thermal connection on reassembly.