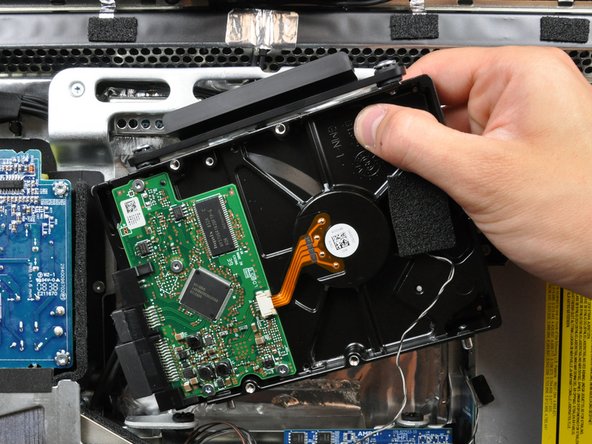 The original had become unusable. Too many sectors gone bad.

The iFixit PDF was almost dead on accurate.

In my particular case, the thermal sensor cable warnings didn't apply. The connections were built as such that there is only one way to plug it in if it was to be plugged in at all. Now this might be because the drive I was pulling was not an Apple original. It was one that Apple had installed as a replacement for the original one that had come with it on a massive hard drive recall. The very original drive I am pretty sure was a Toshiba, the newer one that I had to replace was a Seagate. The one that I bought from iFixit was also a Seagate.