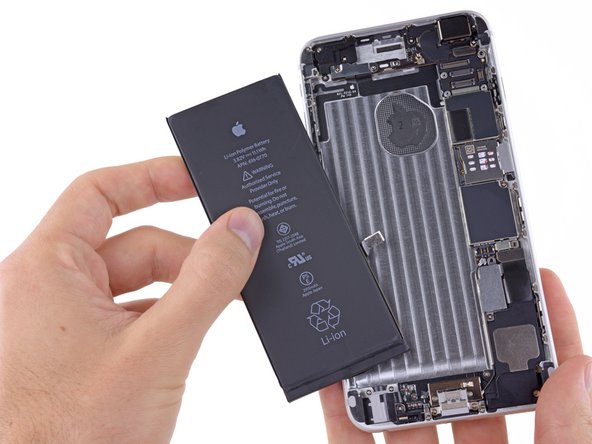 I charge my iphone 6 nightly on my nightstand. I must have knocked it off one too many times, while plugged in, because it stopped charging unless I held the lightning cable in place. Hardly a viable option.

Meanwhile, my phone runs out of battery every day while I'm at work, despite charging it every night, so I figured I'd try a new battery.

I decided to fix it myself because I absolutely hate how the Apple Store treats their users as technically incompetent. I was soldering 8086 motherboards before most of their so-called geniuses were born, and fixing minor hardware issues with my iphones/ipods/macs gives me a great feeling of satisfaction. Thank you to ifixit for enabling me to do so.

The repair instructions were clear. Frankly, I've bought parts for iphone repairs elsewhere in the past, but I have always found the ifixit instructions the easiest to follow. So I felt obligated to buy the parts through them this time, to reward them for making the best instructions I can find for DIY iphone repairs. It only cost me a couple bucks extra, and I feel better about myself.

It took me about 45 minutes to replace my lightning jack and the battery: I've replaced the battery once before, so I had passing familiarity with opening the phone up. I love the color coding of screws in their instructions. That lets me group the darn things together on my workbench as I disassemble, making reassembly go as smoothly as possible.

The lightning connection is 100% fixed, so I can charge my phone again. Yay! So the most critical problem is solved.

Unfortunately, the battery problem isn't really gone: my phone still runs short on battery every day while I'm at work. So it looks like the unacceptably short battery life on my stupid phone is courtesy of software upgrades from Apple over the past year. Humbug. I've been trying like mad to find the power bleed in iOS, but haven't found any magical cures (other than always keeping it in low battery mode, and only turning on wifi and bluetooth when I need them).