Successful but instructions could have been better 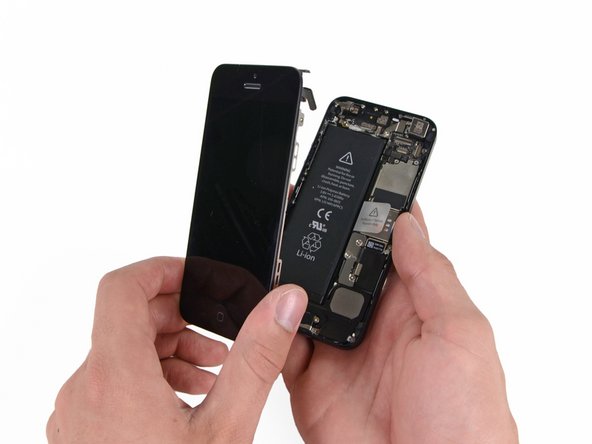 I did this repair together with my mechanic who bought his screen from an unknown source. On the first phone I couldn't get the screen off myself, I wasn't strong enough so as much as I hated it, he had to do it. I did the second one but dang it was HARD!

The instructions did NOT tell us how to put it back together. As I'm a mechanical engineer, and he a 35-year mechanic, this wasn't too hard, but advice on where to push would have been helpful. The third cable that has to be reattached was a real bear to line up (on both replacements) - as though the cable were too long and couldn't twist into position properly.

When we put his screen back on, we pushed on the sides, and it actually cracked right at the home button. Because of that, when we did the second one (the iFixit screen) we were careful to push on that tiny area instead of the sides and got no crack. Don't know whether it was his part that was faulty or the way we put it back.

Add the instructions to put it back together!