Replacement parts for your Microsoft Surface Pro model to fix your broken tablet! 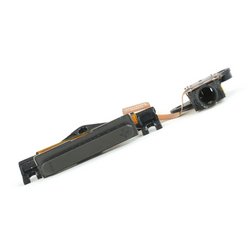 The Microsoft Surface is a tablet computer announced by Microsoft on June 18, 2012, and its Pro version was released February 9, 2013. The Surface Pro also features an Intel i5 core processor. The Surface is advertised with an optional magnetically attached keyboard, making it resemble a very thin netbook. The Surface Pro has 10-point touch detection, with a digital pen and Wacom digitizing technology.