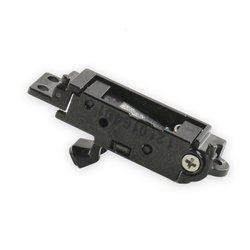 Replace the spring loaded kickstand hinge for the either side of the Microsoft Surface.