Grab a tool kit for your Dell XPS 13 9350 model and fix your broken laptop! 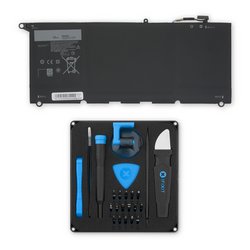 The Dell XPS 13 9350, released in January 2015, is a sixth generation laptop of Intel Core. It supports the world’s first InfinityEdge screen along with new Windows 10 updates and improvements.

The most common repairs with Dell XPS 13 9350 laptops are replacing a damaged display assembly or a dead battery.