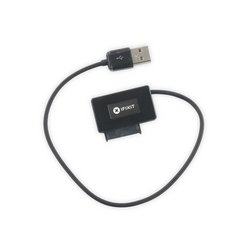 Connect an optical drive to your computer via USB with this part.

The MacBook Pro 13" Unibody for Early 2011 requires a Tri-point Y0 Screwdriver to remove the battery. The battery kit includes all the needed tools.