Mirrorized board visible on the exterior of the PS3 Slim providing power and eject buttons. 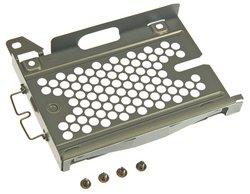