Lots of people know that they shouldn’t be throwing away batteries, fluorescent light bulbs, and other pieces of household hazardous waste (HHW). But what should you be doing instead? Today, many large businesses collect such waste for recycling; our pals over at Earth911 have a searchable list of American HHW recyclers. The UK company reVend has recently teamed up with IKEA to make it even easier—at two flagship stores in the UK, they’ve rolled out “reverse vending machines” for spent bulbs and batteries. 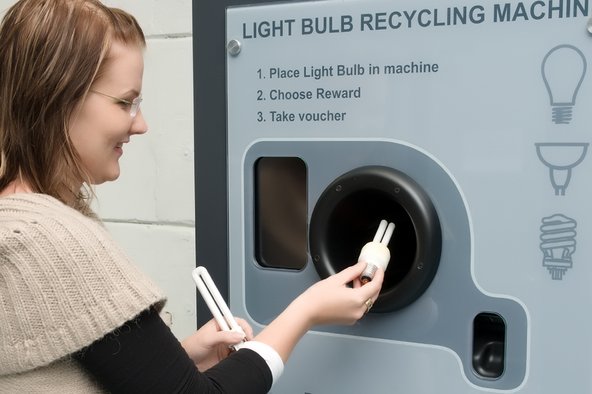 It’s stupid simple: you put your light bulb in a hole in the machine, a video camera identifies the bulb so the machine can sort it, and you receive a reward voucher for a free cup of coffee.

It Hasn’t Always Been This Easy

I was ten when I saw mercury for the first time. Pulling a thermometer out of my parents’ medicine cabinet, I accidentally dropped it (my clumsiness is a running theme on this blog, evidently). The glass cracked and beads of mercury spilled out onto the tile. The mercury moved like nothing I’d ever seen before, dancing across the counter, joining and separating like a liquid but rolling like marbles.

I knew not to touch it because I’d read about how mercury poisoning from trace amounts of mercury used in making felt hats drove hatters crazy (the origin of the phrase “mad as a hatter”). I didn’t know, though, what I was supposed to do with it. I’d recently become a latchkey kid, so I Asked Jeeves. The answer wasn’t as simple as I’d hoped—I read all about how mercury in batteries, fluorescent light bulbs, and thermometers thrown into landfills can leach into the water table and cause mercury poisoning. I found long lists of horrifying ailments caused by mercury poisoning, such as bloody stool, blindness, and seizures. But I couldn’t find any recycler in my area that would accept a thermometer’s worth of mercury. Feeling dejected, disappointed, and guilty, I scraped the beads off the counter into an envelope, sealed the envelope, put it in a sandwich bag, and threw it away.

Five years later, I started a school club dedicated to reducing solid waste mercury contamination. We called ourselves “The Light Up the World with a Dim Light Bulb Foundation” and encouraged individuals and businesses to recycle their used light bulbs and batteries. I made fliers with important facts—e.g. broken fluorescent tubes resulted in the release of 370 pounds of mercury in California in the year 2000—and we had a booth on the breezeway one week. Occasionally, we’d cold call companies in downtown Los Angeles, asking them what they did with their spent fluorescent lamps. Everyone we contacted was sympathetic and receptive. Yet I ran into a lot of the same problems I’d encountered as a ten-year-old: only a handful of LA recyclers accepted used light bulbs and other waste items with mercury.

The point? People want to recycle. Nobody is sitting in a secret lair at the top of Mount Everest, stroking a cat and plotting to contaminate the world with trace amounts of mercury from light bulbs and batteries. Most people don’t recycle only because (1) they don’t know they should and (2) they don’t know how.

Getting Better All the Time

In the last ten years, hazardous waste policy has become smarter. California and five other states (MN, NY, ME, CT, and RI) have made it illegal to put light bulbs and batteries into the trash. In response, new recyclers have popped up. You can now recycle fluorescent bulbs at most hardware stores, including Home Depot, and the Internet has made finding recyclers much easier with tools such as Earth911. And now, inventions like the reVend promise beautifully simple HHW recycling.

Making recycling simple is the key to changing public behavior. We have a ways to go before household hazardous waste recycling is easy for everyone, but the reVend is a step in the right direction. 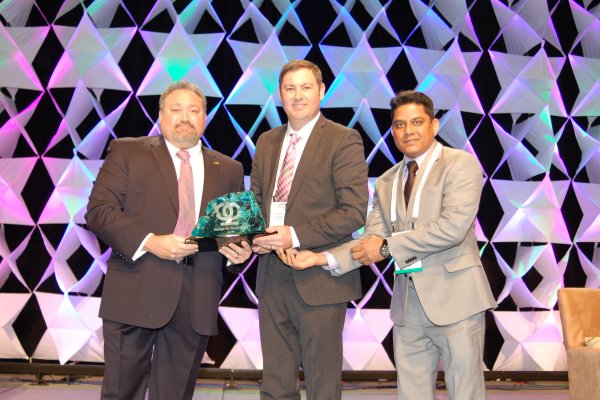 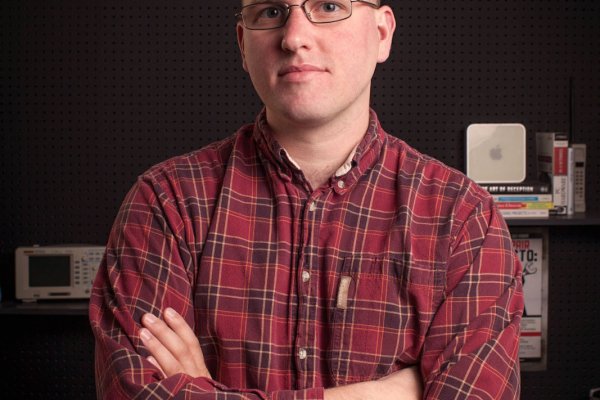