The dominos keep tumbling. Last week, two more states—Illinois and Tennessee—introduced Right to Repair legislation, bringing the total number of states considering pro-repair laws this year to eight (up from three last year). But don’t break out the victory dance; it’s gonna be a bumpy ride from bill to law. According to Motherboard, Apple is gearing up to oppose the legislation in at least one state.

The proposed Right to Repair laws (known as the Fair Repair Act in some states) are designed to make it easier for people to repair their broken electronic equipment—like cell phones, computers, appliances, cameras, and even tractors. The legislation would require manufacturers to release repair information to the public and sell spare parts to owners and independent repair shops. If passed, the laws would give consumers more options than just the manufacturer for repair. 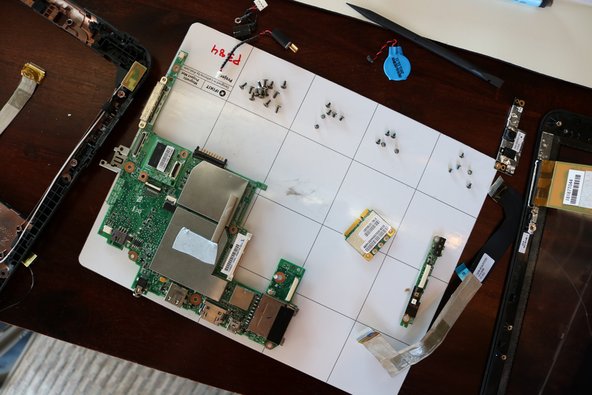 In addition to Illinois and Tennessee, Right to Repair laws have been introduced in Massachusetts, Nebraska, New York, Minnesota, Kansas, and Wyoming. (The Kansas and Wyoming bills target agricultural equipment, while the other bills apply more broadly to the repair of any equipment with embedded electronics.) Nebraska scheduled a committee hearing for a Right to Repair bill—a necessary step towards it becoming a law. But Motherboard’s Jason Koebler reports that Apple plans to oppose the bill at the Nebraska hearing on March 9.

John Deere—the agricultural machinery giant—has also come out swinging against the bills. They sent a letter of opposition to Kansas’ Right to Repair bill, HB 2122. No surprise there; John Deere also opposed efforts in 2015 to loosen copyright law restrictions that make it more difficult for farmers to fix their high-tech tractors.

The news that John Deere and (especially) Apple are trying to make it harder for owners to fix their stuff isn’t sitting well with some people.

God forbid! Customers repairing things they paid for and allegedly own? Preposterous! https://t.co/X832a6HMnt via @motherboard

Apple wants to make sure you can’t fix your own iPhone. https://t.co/c4BhPNVY9E

We know those feels, Internet.

No word yet whether Apple plans to oppose Right to Repair bills in more states than Nebraska. But we expect it. Apple’s lobbyists helped to squash Right to Repair legislation in New York last year. The bill, S3998B, died quietly in committee before it could go to a vote. But the New York bill has been reintroduced for the 2017 legislative session as S618. Our friends at Repair.org—the tiny pro-repair advocate group working to push the legislation forward—tell us that the NY bill has a better shot than ever of getting its day on the voting floor. Even in spite of Big Tech’s lobbying efforts against it.

So, if you live in any of those six states (Illinois and Tennessee, Massachusetts, Nebraska, New York, Minnesota, Kansas, and Wyoming), and you agree with the somehow “radical” notion that you should be allowed to fix the stuff you’ve bought—now’s the time to pick up a phone and tell your state legislator. Or shoot them an email. Repair.org makes it really easy to find your state reps and reach out.

If you don’t live in those states, reach out to your state rep anyways. Tell your lawmakers you’d like to see them introduce a Right to Repair law in your state, too. And keep those #RightToRepair tweets coming. Make some noise, they can’t shut us all up.