(Update, 10/31: As of early this morning, the iPhone 4 lives to see another day! It isn’t on Apple’s US Vintage/Obsolete list yet, but it could wind up there soon. We’ll update again if anything changes. In the meantime, you can use our tips for old tech on any of those old phones in your junk drawer.)

Apple is about to ghost the iPhone 4. According to a report from Japanese site Mac Otakara—on October 31, Apple will likely place all models of the iPhone 4 on its list of vintage or obsolete devices. Of course, that’s also Halloween, which feels like a fitting day for Apple to banish the iPhone 4 into repair oblivion.

If you’re still holding on to your iPhone 4, that means you won’t be able to get your phone serviced by Apple or an authorized service provider come November. Mac Otakara also expects the late 2010 13-inch MacBook Air, the third-generation AirPort Extreme and the mid 2009 AirPort Time Capsule to join the iPhone 4 on Apple’s vintage/obsolete list by the end of October.

In case you were wondering, Apple classifies products as “vintage” when they are 5 to 7 years out of manufacture. Devices classified as obsolete are more than 7 years old. (Apple first released the iPhone 4 in 2010—so it’s getting up there in electronic dog years. The CDMA models of the iPhone 4, released in early 2011, were put on the vintage list last month.) Apple discontinues hardware support for both vintage and obsolete devices—unless you live in Turkey or California, which have laws requiring manufacturers to support products for a longer period of time.

According to a report from MixPanel, about 1.2% of iPhone users are still steadfastly rocking their iPhone 4. And while that might not seem like a ton of people—it adds up. Last year, Consumer Intelligence Research Partners reported that there were more than 100 million iPhones in use. Which means at least 1 million iPhone 4 owners will soon be left in the repair cold by Apple.

If that’s you, and you’ve decided you’ll use your iPhone 4 until Apple pries it out of your cold, dead fingers—take heart! If you break your phone or find yourself in need of a new iPhone 4 battery, iFixit still has your back. We’ve got all the iPhone 4 parts you need to get your vintage handset back on its feet again. After all, I’ve been assured by people on the Internet that vintage is very in this season. (We’ve got plenty of parts for the 2010 13-inch MacBook Air, too.)

By the way, if you’ve already upgraded to a newer phone, but still want to find a use for your old iPhone, here’s some iFixit-approved ways to repurpose it:

Use it as a media player.

Thinking about grabbing a new iPod? You don’t need one. Your old iPhone 4 can double as a dedicated music player. Leave it in your car and rock out to some sweet 90s ballads on road trips. Or strap it to your arm for workouts. Added bonus: you won’t feel as nervous taking your iPhone 4 out for sweaty run as you would your everyday workhorse phone.

Give it to your kid.

Old phones make great starter phones for kids that are old enough to supervise themselves, but just clumsy enough to not be trusted with electronics near toilets. That old iPhone 4 won’t be fast on the web. And it’ll be seriously limited in its app selections. But it will still be able to handle calls and texts—which makes it a decent electronic tether for your impossible tween.

Find a new home for it.

Just because you’re done with your phone doesn’t mean that someone else might not want it—especially if it’s still in good shape. Put that phone on eBay and make a quick buck off of it. Or send it off to a donation program. You can give your old cell phones to soldiers. Or to domestic abuse shelters. Or to seniors. (Just remember to erase all your data and turn off Activation Lock before you sell or donate your iPhone.) Secondary markets means your phone stays in use, which means less waste.

Want to mod your phone—but don’t want to experiment with something too expensive? Frankenstein your freshly obsolete iPhone 4. Do some software modifications: Jailbreak your phone and install a different operating system. Unlock your phone and make unfettered calls overseas. Mod the case. Put a transparent panel on the back. Take your iPhone apart and put it back together again. Make that phone your own and play around outside Apple’s walled hardware and software garden … you just might like it out there. 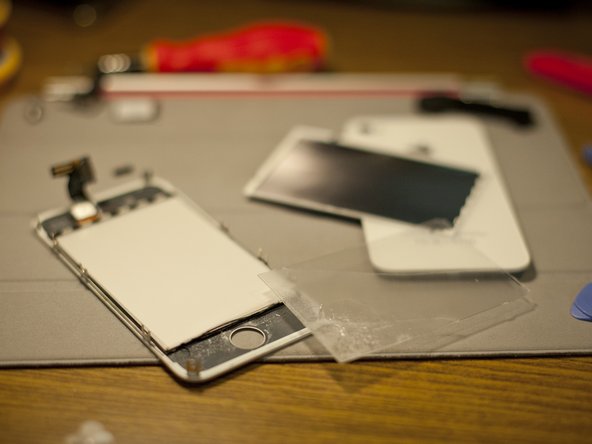 If you’re certain you’re done with your iPhone 4, just don’t throw it away. E-waste is a real problem and it’s bad. And don’t leave your old iPhone in a drawer. There are literally millions of phones sitting idle in junk drawers all over the world. Do something good with that old iPhone 4. Reuse it, repair it, or recycle it responsibly.

If you’ve got more ways to repurpose your “obsolete” device, tell us about them in the comments.