Samsung just launched their latest flagship phablet, the Galaxy Note7—skipping a generation to align the name with the rest of the Galaxy series. Rumor has it the Note7 is packed with cooler, newer features than its galactic cousins. And from the looks of the hardware, Samsung has been taking some impressive notes on smartphone trends.

We dug up some evidence to confirm. The IR blaster/sensor pair that makes up the iris scanner could spell the end of the fingerprint reader. The phone’s preponderance of waterproofing methods earns it a hefty IP68 rating, keeping this sucker safe in a meter of water. The S Pen’s Wacom-powered, ultrasensitive note taking may even make our fingers redundant.

• The new and improved S Pen (complete with can’t-get-stuck feature) stacks up pretty well against Microsoft’s Surface Pen and Apple’s Pencil. More pocketable and powerful, it bests the competition with a scan rate of 360 Hz and senses 4,096 levels of pressure—compared to the Pencil’s 240 Hz and the Surface Pen’s 1,024 levels of sensitivity.

Teardown of the Samsung Galaxy Note7 performed on August 17, 2016. 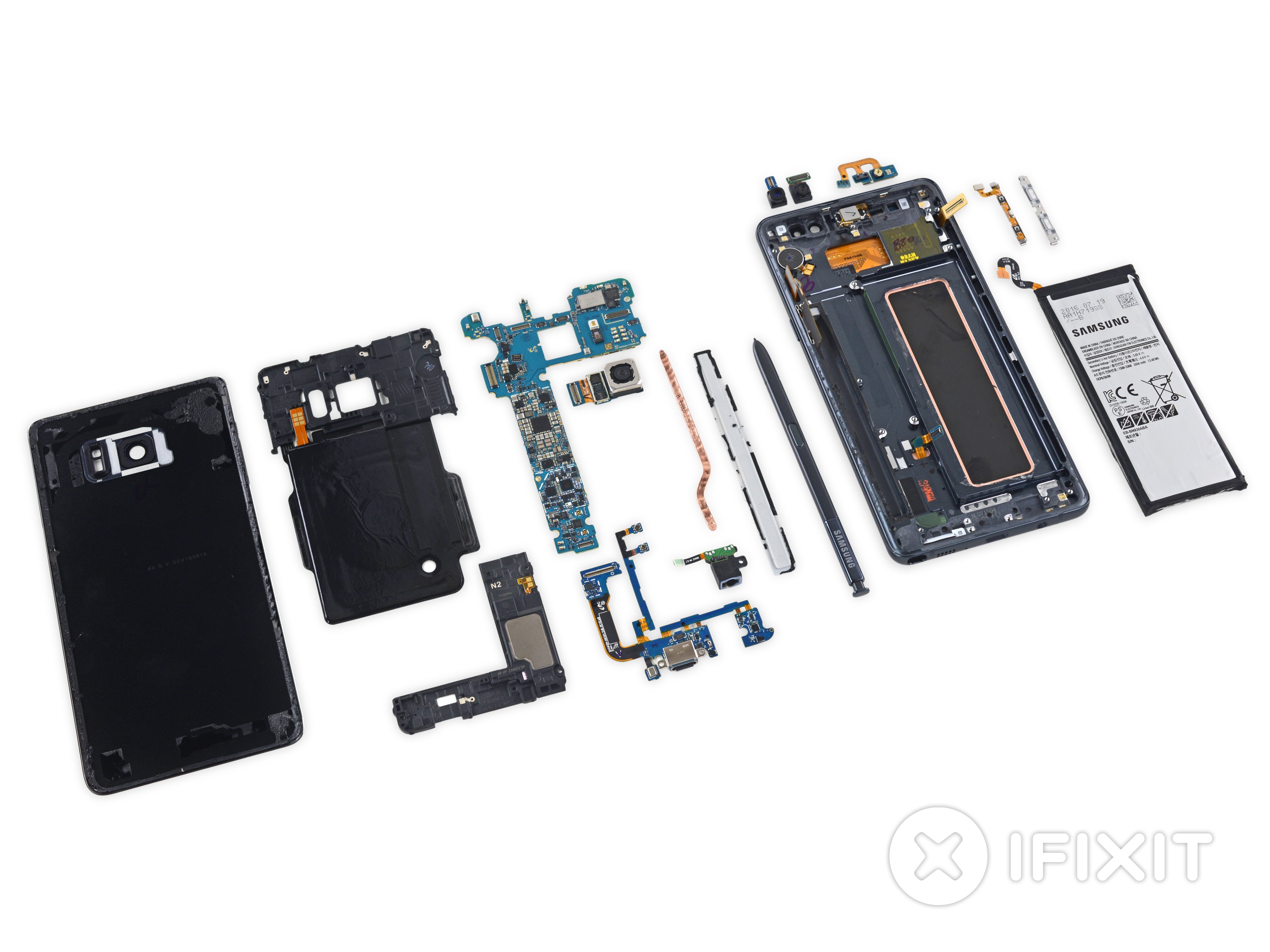 • Samsung’s newest trick is unlocking your phone via iris scan. It’s actually a two-part system: an infrared blaster illuminates your iris with invisible light, to get photographed and analyzed by an extra special front-facing camera.

• The Note7 earned a below average 4/10 on our repairability scale. While many of the components are modular and can be replaced independently, strong adhesive on the rear glass makes it difficult to get into the phone. Replacing the front glass without destroying the display is also probably impossible.

This is just a sneak peak of our Galaxy Note7 teardown. Be sure to head on over to iFixit for the whole thing!