People don’t want to own anything anymore. They much prefer licenses that let them use it.

At least that’s what lawyers from The Software Alliance—a trade group representing the likes of Microsoft and Adobe—and the Motion Picture Association of America told the Copyright Office.

Through an unlikely sequence of events, I found myself sitting across the table from them late last month at a series of “roundtables”—hosted by the Copyright Office—on copyright law. Unlikely, because I’m a repairman. Copyright law should have nothing to do with me. But it does. Why? Because over the last 20 years, manufacturers and entertainment lawyers have warped copyright law to screw consumers, undermine property rights, and create huge amounts of unnecessary legal work for people who want to repair their cars or back up their DVDs.

The public has been asking Congress to address the problem of copyright law for years. So, last year, lawmakers directed the Copyright Office to conduct a handful of studies to figure out (a) what’s wrong with Copyright law and (b) if it’s fixable. Hence the roundtables. Eventually, the Copyright Office will turn the information they glean here (and elsewhere) into a set of findings.

At the crux of the debate: the Digital Millennium Copyright Act, the 1998 law governing the intersection of technology and copyright. Congress passed the law, in part, to stop you from pirating music, movies, and software programs. At the time, Congress probably didn’t anticipate a future where software was in absolutely everything—from cars to Barbie dolls. And they certainly didn’t anticipate that manufacturers would utilize the law to kill competition, stop software tinkering, chill research, and prohibit “unauthorized” repairs. The DMCA has gotten so convoluted that people like me have to ask the Copyright Office for permission to repair tractors, research automotive security, and unlock their own cellphones—even though those activities have nothing to do with piracy.

Clearly, the DMCA desperately needs reform. But like I said, I’m just a repairman. So what do I know about broken stuff? Either way, I’ve spent two years telling the Copyright Office that it is criminalizing the repair of modern products.

The Copyright Office wants to know why you should be able to modify your electronics. I’m here to tell them. pic.twitter.com/uN8gFq1rLr

I raised the point again at the DMCA roundtable. Often, I’m the only non-lawyer among advocates like the Electronic Frontier Foundation, copyright law professors, supporters of open source software, and, of course, a battalion of lobbyists for the entertainment industry. On the table during the roundtable: the impact of “embedded software in everyday products” on ownership.

Traditionally, when you buy a refrigerator, you own it. You can paint it, rewire it, modify it, or rip off the doors and call it a bathtub. But if the manufacturer adds software, your refrigerator magically transforms from personal property to intellectual property. Under the DMCA, you don’t own the software in your “smart” fridge. You license it. And manufacturers expect you to abide by their rules.

Kit Walsh of the EFF told the Copyright Office that some of these licenses, often tacked onto the end of manuals or click-through screens, assert outrageous restrictions upon users. Nest’s licensing agreement prohibits owners from discussing performance evaluations of software with third-parties, which—as Walsh pointed out—curtails free speech. Most people don’t know, because they don’t read the fine print. At 3,000 words, Nest’s pages-long agreement, filled with esoteric language, is painful to read. Every piece of software in your life has an agreement like this. It’s not impossible to read every single agreement—but it’s incredibly impractical. A reporter from The Guardian tried, and he spent eight hours of his week reading licenses before giving up entirely. People mostly just click “I AGREE” never realizing these agreements often prohibit reverse-engineering, aftermarket modifications, and even “unauthorized” repair.

The Nook terms of service specifically state that you can’t “open, service or tamper with” the e-reader that you paid $130 for. Even CatGenie buries a licensing restriction on software modification in the back of its manual. Tweak the software in your bought-and-paid-for computerized kitty litter box and you could be face a lawsuit. That’s right—the DMCA grants a computerized crap-catcher more inherent rights than its owner.

No one has been locked up for taking apart their Nook or modding their smart litter box yet. But people—especially developers—have been sued for violating software agreements. And the very fact that a user could be threatened with a lawsuit for repairing an e-reader is frankly absurd.

“Letting those devices trump the autonomy of the people who are using them is a very dangerous thing,” Walsh warned the Copyright Office last week.

Despite the complications, lawyers from the Software Alliance and the motion picture industry bristled at the idea that licenses are anything but great for consumers: “I think it’s a interesting linguistic approach to say that licenses take away rights. Licenses give rights,” said Evan Cox, intellectual property lawyer for The Software Alliance. That might be true of agreements that you negotiate, but the user agreements you tacitly consent to each day are remarkably one-sided. Often, users don’t even see them until after they’ve made their purchase.

Ben Sheffner, content protection counsel for the Motion Picture Association of America, pointed to Netflix and on-demand online movie rentals to highlight how the world is abandoning “ownership models” in favor of “access models.” These licenses give consumers more choices, Sheffner said.

Sure, Sheffner is right. If you want to rent a movie online, you can do that. If you want to stream shows on demand, you can do that, too—thanks largely to a complicated network of agreements and licenses. Here’s the difference: no one thinks they own Season 1 of Naked and Afraid just because they binge-watched it on Hulu. But when I buy a tractor, I expect the full complement of property rights normally associated with physical goods. As would most others.

That’s why John Deere was resoundingly criticized when it claimed owners hold an “implied license” to operate tractors, and owners have no right to repair anything related to the software installed on their machines. That startled a lot of farmers, who didn’t sign away their property rights when they plopped down money at the dealership.

“I do feel just philosophically when you purchase a tractor, you own the tractor,” family farmer Ryan Talley told NPR. “And I firmly believe that these tractor companies need to make it so that their clients or their customers can repair their tractors if they so decide to do so.” It’s patently bizarre that copyright law impacts something like tractor repair.

That’s the trouble with writing copyright laws as if they apply just to the entertainment industry: it’s great for the MPAA and the RIAA and a disaster for most everyone else. The entertainment industry has consistently and effectively opposed pro-consumer reforms to the DMCA. But copyright is so much bigger than music and movies. Software, as Marc Andreessen once put it, “is eating the world.” It’s in everything: smartwatches, intelligent fridges, smart televisions, smart homes. And connecting those smart devices to the Internet gives manufacturers an incredible degree of control over products, even after you’ve paid for them. Imagine if a company could brick your smart fridge or your smart home if you violate their agreement. Sounds far-fetched? It already happens with game consoles.

Which begs the question: How much of these devices do we really own when we purchase them? And as the Internet of Things continues to erase the line between hardware and software, how much control are we comfortable with manufacturers having over our stuff?

“That’s where this yellow brick road leads,” Andrew Shore, Executive Director of the Owner’s Rights Initiative, told the Copyright Office. “The more you have licenses, the less you have ownership.”

The funniest thing about Congress’s request for a policy study is that members of Congress have already proposed solutions to this problem. Representative Blake Farenthold already introduced YODA, the You Own Devices Act—which asserts that the software in a device belongs to the person who bought it. And Rep. Zoe Lofgren already introduced the Unlocking Technology Act, which would let owners unlock devices for uses that do not infringe on copyright—like repair, modification, and research. Both fixes stalled in committee. But I’m hoping these studies provide Congress with the proof they need to patch the bugs in the DMCA. And to find solutions that work for the rest of us, instead of just entertainment companies.

Copyright Week: What Does Ownership Mean to You? 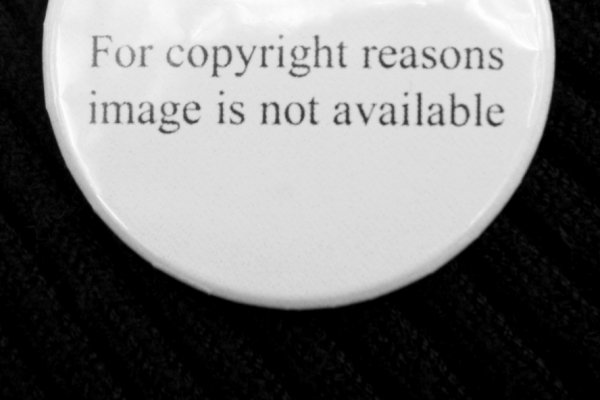 The End of Ownership Rights: Why You Need to Fight America’s Copyright Laws

John Deere Responds to Copyright Mess It Made