We’re going to let you in on a little secret—we have a repair crush on LG. After our G4 teardown last year, we praised LG for being the only smartphone maker to still offer a removable battery. But we were worried their newest flagship wouldn’t be able to keep the accessibility and compete with the unibody trend. Well hakuna matata, the LG G5 is the first unibody smartphone with an easily removable battery. Double high five, LG. 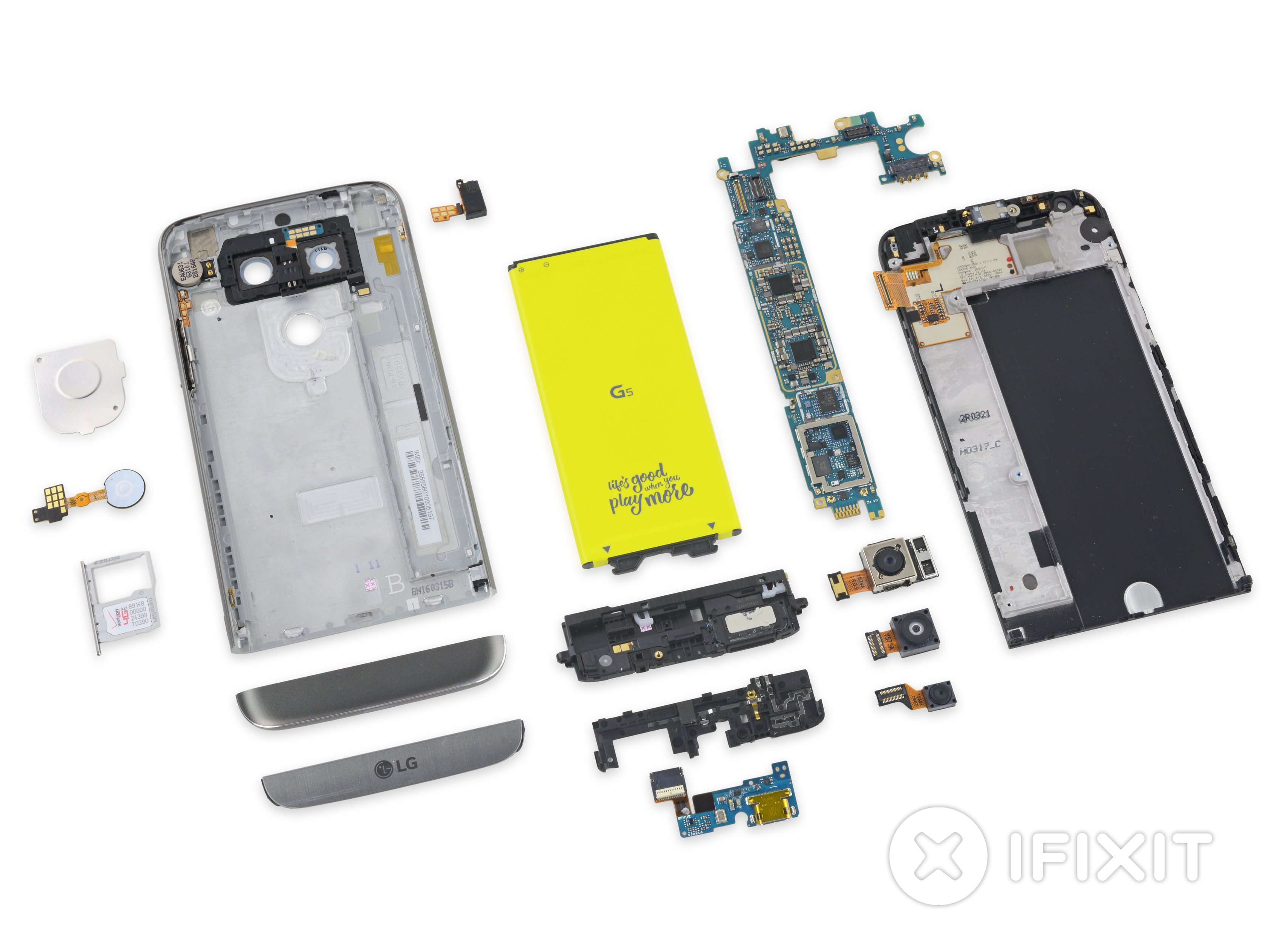 Cracking open the G5 was a snap—no stubborn adhesive, no proprietary screws. Just slide out the battery, remove two Phillips screws, and the entire display assembly and motherboard can be pried up out of the aluminum unibody housing.

• The (wonderfully removable) 3.85 V, 10.8 Wh G5 battery weighs in at 2800 mAh—just edging out the 2750 mAh cell in the iPhone 6s Plus. This a small capacity decrease from the 3000 mAh whopper we found in the G4, but we suspect LG is banking on their customers to take advantage of that replaceable battery.

• The LG G5 earned a well deserved 8/10 on our repairability scale. The majority of the components are modular, which makes for easier and cheaper parts replacement.

But hey, don’t take our word for it. Head on over to the full teardown to see the whole phone come apart. 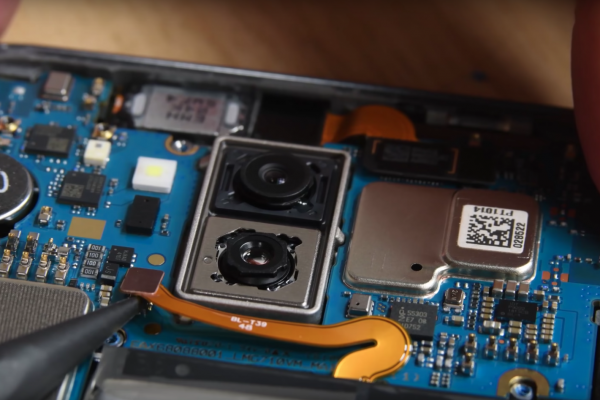 Here’s the Skinny on the LG G7 ThinQ Teardown