Are you the MacGyver of your family, making plant hangers out of old wine bottles and removing stripped screws with the help of a rubber band? Do you feel proudest when you find a new use for a thing someone would have thrown away, like building a lampshade from an old book or a portable Wii from a broken DVD player?

If so, you might be a high repair propensity person, research says.

A few years ago, we were approached by a couple of marketing researchers, Kristen Scott and Todd Weaver, who sought answers to questions we’ve had for a long time: What makes people more likely to fix their stuff? And (just as important) what stops people from fixing their stuff?

To figure out why people fix things—or not—they wanted to conduct a survey of iFixit users and compare the results to a similar survey of a less repair-minded group of people, recruited from Amazon MTurk. We said “sure,” and helped them email their questions to a group of our customers. In all, they collected 492 surveys from iFixit users and 298 from MTurk. (Unsurprisingly, iFixit users were indeed more inclined to repair their things.) They just published their paper this year, in the Journal of Research for Consumers.

Here’s what they found: across both samples, the highest predictors of repair behavior were “stewardship” and “innovative” attitudes, and perceived inconvenience of repair. “Stewardship” attitudes are more interested in the care and keeping of things. People with “stewardship” attitudes were more likely to agree with statements such as, “If you can re-use an item you already have, there’s no sense in buying something new.” The “innovative” thinkers were the MacGyvers—people who can improvise when they don’t have the right tool for the job, people who feel best about their stuff when they use it to its fullest capacity. The “stewards” and “innovators” who see repair as an interesting way to make the most of their stuff are also less likely to think of repair as a major inconvenience, which is the third best predictor of repair behavior. 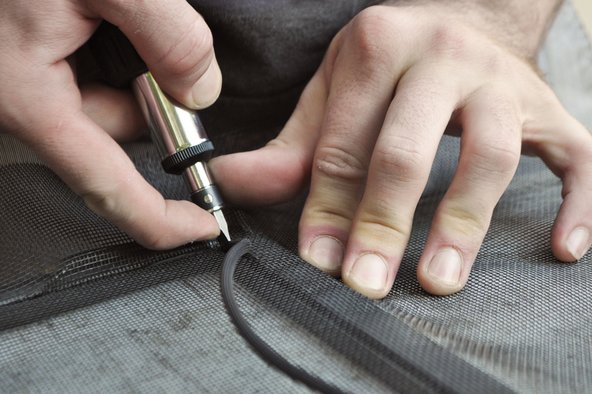 One major surprise of the study was that, for people who are most likely to repair their stuff, the cost of a repair doesn’t matter as much as you might think. (In one 2005 study, for instance, 68% of people said the cost of repairs discouraged them.) People who tend not to repair things do indeed cite the cost of repairs as a discouraging factor. But Scott and Weaver found that among the fixers, more important than cost is the sense of repair as a personal challenge: our sense of maintaining things, avoiding overconsumption, and getting the most from the stuff we own matters most.

To support and draw out this “creative dimension of repair,” Scott and Weaver say, “People should be encouraged to be innovative with their possessions and to see the potential that others might not see.”

So stay creative, all you fixers—and let us know when you come up with a crafty fix.