A couple days ago, my boss, Kyle, handed me a plain brown box and asked if I knew Bunnie. You know, the guy who (literally) wrote the book on hacking the Xbox. Apparently, Bunnie Huang started a Crowd Supply-funded project to make an entirely open source computer—and iFixit backed the campaign. “And here’s the computer,” my boss said to me, “so go do something cool with it.”

I’m part of iFixit’s team of teardown engineers. Normally, my job is to take things apart. But there didn’t seem to be much point in disassembling the Novena. The some-assembly-required computer came pretty much in pieces. The teardown engineers also make how-to guides and repair manuals for consumer electronics. But once again, Bunnie had beaten us to the punch. Novena already has a wiki full of pictures showing users how to put the computer together.

So, what to do with an open source computer that’s already thought of everything? Well, let’s just open the box, start taking pictures, and see how it goes. Apparently, it goes with … a bottle of Loctite. Huh, this is going to be more DIY than I expected. 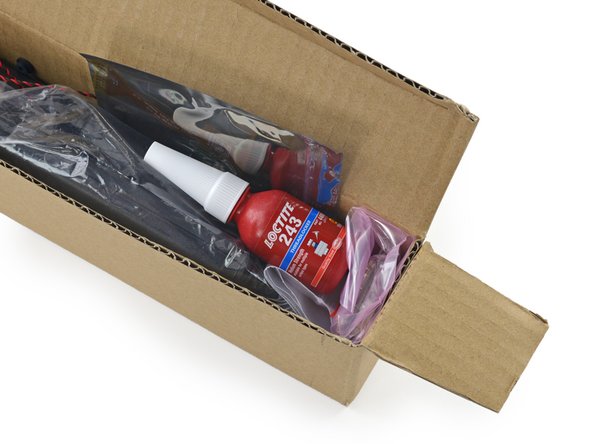 The accessory box is filled with all of the usual goodies and tidbits you get with any new computer: three screwdrivers, plastic baggies full of fasteners, speakers, a Myriad RF module, an extra port bezel plate, Kapton tape, a heat sink, and … oh yeah, and an AC power adapter.

If the picture above doesn’t already give it away, some assembly is more than just required—it’s invited. The LCD panel frame is spring-loaded with a gas cylinder. It shoots open like the hood of a car—a warm invitation to meddle with the innards. The Novena—designed for use as a desktop, a laptop, or a standalone board—comes with most of the components pre-installed in the plastic case. Inside, the Novena sports a custom-designed motherboard, built both for the Novena case and the VIA OpenBook—an open source reference design for a laptop case you can 3D print at home. However, the rest is up to you.

So what’s the point? Isn’t this a lot of hassle for a computer? Is there any value in a device that shows up at your door as a pile of parts? Hardware hackers, fixers, security enthusiasts, PC modders, and freedom fighters all say yes.

PC builders know the value. You spec out your parts list, assemble the components, accidentally cut your finger on the case, and suddenly you’re at the pillow talk end of an archaic blood ritual. The computer is now and forever yours. You designed it, you built it, and when it needs an upgrade or a repair, you know how to do it. You own it in a way you’ll never own your shiny new MacBook Pro—mass-designed and assembled by Somebody Else. And while the Novena comes pre-specced in terms of parts, it’s born out of the same legacy of tinkering.

Tech tinkerers (like me) and the security-concerned don’t necessarily want a locked-up, manufactured black box. They want to know exactly what free-range, organic, gluten-free components go in their machines.

The Novena is a hardware hacker’s wet dream. The case is intentionally only half-filled, to leave room for expansions, upgrades, and custom hardware (there’s even an internal USB port for interfacing your extra internal components). The computer also comes with a spare aluminum display bezel, included to facilitate hacking one of your bezels with custom buttons, switches, or port interfaces. The Novena even comes a circuit diagram booklet, so you can see exactly how to interface or repair at the board level. Who does that?

Bunnie does that. He knows the visceral connection a custom computer engenders, and decided to take it a step further. Building your own PC is awesome, but you very quickly get down to a component level where you’re incorporating parts that someone else designed. Nobody makes their own motherboards, video cards, or power supplies. Except for Bunnie. He told Wired that “every trace on those PCBs was laid by [his] hand.” And when he designed his components, he wanted to share that extra level of ownership with the world by making the design entirely open source and available for scrutinizing, contributing, interfacing, and modifying. Novena is a platform that anyone can study, contribute to, and improve—and that’s pretty great.

In terms of raw processing power, Novena will never compete with the MacBook Pro or the Microsoft Surface tablet (or even a Purism Librem 15)—but it was never really meant to. The Novena is an enthusiast’s device. And this particular enthusiast wishes that other manufacturers would design products with that same openness in mind. Increasingly, consumer electronics are part of closed ecosystem—equipped with proprietary screws, encumbered with DRM and encryption, designed to keep tinkerers out. iFixit has been fighting to pry open those closed boxes since we launched 10 years ago. One of our best weapons in the fight is to break past the walls and tell people about the secret insides of consumer electronics.

The best thing about the Novena is that we don’t have to do that. Bunnie did it all for us, and all we had to do is put it together. So without further ado, this is what a completely open computer looks like:

Ain’t it just a thing of beauty?