Editors’ note: This is the first in our series looking at the DMCA Exemptions period.

In August, President Obama signed the Unlocking Consumer Choice and Wireless Competition Act, a law ensuring that companies and consumers have the right to unlock their own cellphones. Now, just a few months later, the American people are petitioning the Librarian of Congress for that same right. 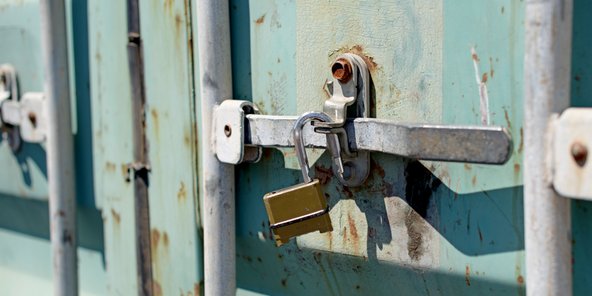 Two years ago, national fervor ignited around cellphone unlocking after the Librarian of Congress (an unelected official) effectively made cellphone unlocking illegal. Some 114,000 people—and a united front of consumer advocates, digital rights crusaders, and recycling groups—registered their displeasure with the White House. Thus began a long battle to reverse the Librarian of Congress’s decision.

Unlocking allows an owner to move a locked phone to a different carrier—even without the carrier’s permission. The programmatic “hack” is especially useful for travelers; they can avoid exorbitant international roaming charges by popping a pre-paid, local SIM chip into their phones. It’s also useful for consumers who love their phones but hate their carriers. At the end of their contracts, they can simply move the phone to another carrier. Critically, electronics recyclers also use unlocking to extend the usable life of a cellphone rather than shredding it down for scrap. Unlocked cellphones are more desirable and more versatile on the resale market.

Unlocking legislation proved surprisingly contentious, but consumers and business owners eventually made their case before Congress and the White House. The Unlocking Consumer Choice and Wireless Competition Act passed through Congress unanimously, and went on to an uneventful presidential signing.

So why is this issue on the table again? One reason: The Digital Millennium Copyright Act, better known as the DMCA.

The massive missive, passed in 1998, governs the tense and often amorphous intersection of intellectual property and physical property. The law was birthed when digital piracy (of things like DVDs and music) first and truly reared its head. As a reaction, Congress built “anti-circumvention” edicts into Section 1201 of the DMCA. The provision makes it a violation of copyright law to break any sort of technological protection measure over content—like, say, the encryption on DVDs. But the DMCA doesn’t take intention into account. Breaking the lock is a violation, whether or not the locked content is actually pirated.

Back when the DMCA was penned, lawmakers had no idea that content—in the form of software and firmware—would find its way into almost every device we own. From WiFi routers to microwaves, everything with a chip contains some sort of copyrighted content. And lawmakers had no idea that manufacturers would start putting locks on top of that programming to prevent people from accessing and modifying it.

But lawmakers did engineer a failsafe into the DMCA, just in case: a triennial review—and it’s just as arcane as it sounds.

Every three years, the public can petition the Librarian of Congress to issue exemptions. It takes a huge undertaking of time, effort, and legal maneuvering to push each one of these exemptions through the review process. Eight years ago, the Copyright Office almost removed an exemption that allowed blind people use e-readers. In the last go-round, the Librarian of Congress denied the exemption for cellphones. The new Unlocking Law reversed his decision, but not permanently—just until the next triennial review, which just so happens to be starting right now.

And so, after all the effort of passing a law, the legality of unlocking is once again on tenuous ground. Unsurprisingly, that doesn’t sit well with a lot of people.

“Section 1201 has not been used as Congress envisioned,” Corynne McSherry of the Electronic Frontier Foundation said during a September congressional hearing on the DMCA. “Indeed, the past year has seen an object lesson in the profound flaws of Section 1201, as consumers discovered to their dismay that merely unlocking their phones might violate the DMCA. They also discovered that the DMCA puts an unelected official in charge of regulating their personal devices. And they were not happy.”

Also not happy are the business owners who perform unlocking services as part of their livelihoods. I talked to Craig Boswell of Hobi International, a cellphone recycling and refurbishment company. He told me that during the two years that cellphone unlocking was illegal, prices for phones that could not be unlocked dropped by about $20 per unit. Hobi was one of the lucky ones. Because they work closely with carriers, they were able to adapt and adjust their business model, “but it hurt the top line number,” Boswell told me. For companies that unlock in bulk, the blow would be much more profound.

And so, advocates are trying to secure an exemption for cellphone unlocking once again.

“Section 1201’s ban on circumvention substantially harms recyclers and consumers and lowers the value to consumers of their purchased phones while raising the cost of reusing those phones through a secondary market,” the reads the Electronic Frontier Foundation’s exemption appeal to the Librarian of Congress. “Without the ability to lawfully circumvent technological measures preventing the unlocking of these phones, recyclers cannot efficiently and economically recover and process these devices.”

Will the Librarian of Congress will reignite controversy by denying an exemption for cellphones? Given that the public is actually paying attention to unlocking these days, it’s unlikely he would court disaster a second time. But our freedoms to tinker and repair other types of technology like tablets, farm equipment, and game consoles also hang on the Librarian of Congress’s decision.

One thing is certain: As long as Section 1201 of the DMCA stands, businesses owners will just have to live with the possibility that, once every three years, their businesses could suddenly become illegal at the whim of a librarian.