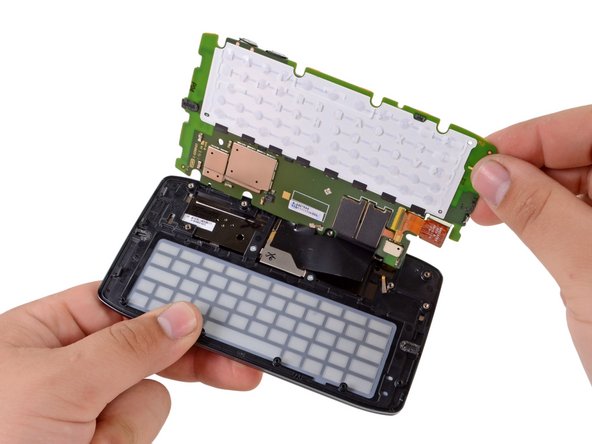 2012 brings another update to the Droid line of smartphones. Motorola’s labs continue to evolve the Droid into a faster, slicker, and more pleasant device to use. This appears to be the best keyboard yet, and the phone feels better in one’s hand than earlier units. Yet it’s not all fun and games at the iFixit labs.

The new Droid also introduces compromises that did not exist in previous iterations: the battery is no longer user-replaceable (according to Motorola, at least), and that swell keyboard is now integrated into the motherboard, meaning you’ll have to replace both components if a key on the keyboard fails. It’s akin to having to replace your brain if your arm breaks. Consequently, the Droid 4 earns a deplorable 4 out of 10 repairability score, which is by far the lowest score we’ve given to a smartphone bearing the Droid name.