About a year ago, an iFixit team member found a 3-week-old stray kitten on the side of the road. The little guy was an 11-ounce ball of gray fur with a cocky gibe and an enthusiastic purr.

You may remember him—he’s the MacBook Pro 13” Retina Display Late 2012 Teardown Kitten. Hearty title, for such a tiny thing. 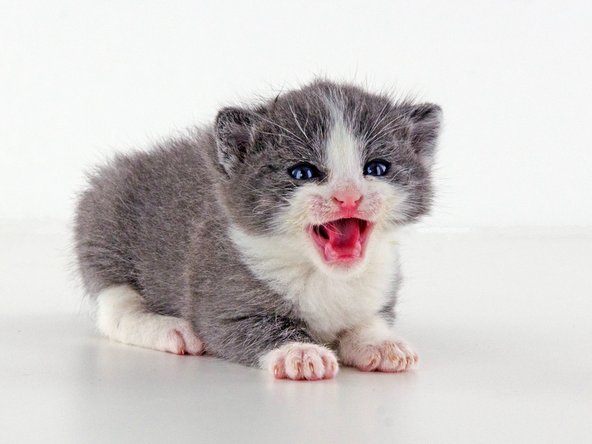 Well, he’s not so tiny now. If you’ve ever wondered what happened to him, well, I have the (repair) story for you. I adopted teardown kitten (as we lovingly class him around the office) and officially named him Mr. Oliver. A year old this October, he’s a standard indoor cat—knocking over water glasses, dodging kisses from the dog, napping on the top of the fridge, and, like all house cats who dream of escape, he sits idly by my bedroom window for hours a day.

My bedroom window is pretty standard: a sliding glass panel with a black, fiberglass screen. And when Oliver and I moved into the house several months ago, I noticed a small, 4-inch tear at the bottom of the screen. I ignored it.

Unbeknownst to me that tear grew to 5 inches, then 6 inches … it grew until it had frayed in all directions, spanning nearly the entire base of the window frame.

For almost three months, Oliver had been slowly working at that small tear. And like a life-sentenced prisoner chipping away at the wall with a spoon, he had visions of escape. 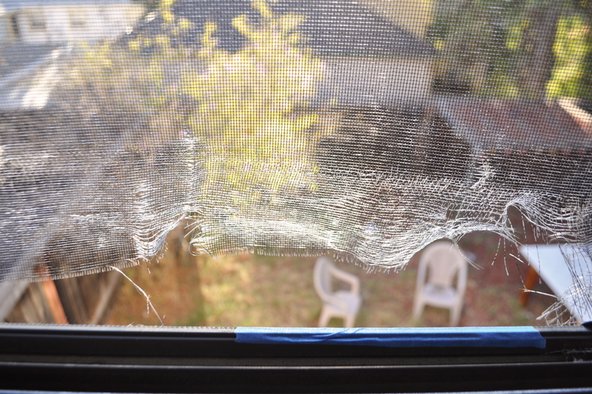 Heading to work one morning, I had forgotten my cell phone in my bedroom. I rushed back to retrieve it. But, oddly, Oliver wasn’t on the bed where I had left him moments before.

In my search for him, I noticed that ever-growing tear on my window screen billowing in the wind. And outside the window, two stories down to the backyard, Oliver was running and hopping around—a happy escapee. I had grossly underestimated his will to break free; including his willingness to rip open the window and his courage to jump roughly 20 feet to the ground below.

It took a panicked 30 minutes to coax him back inside (didn’t want those California mountain lions getting him). I knew: I absolutely had to fix that screen.

But I had never fixed a screen before. So I called up a friend, handy-man Mark. And being true to my Female Fixoholic manifesto, I told him I wanted to know how to re-screen a window and do it myself.

Well, I got the supplies—new fiber screen, spline, and a roller—and I met Mark at my house. 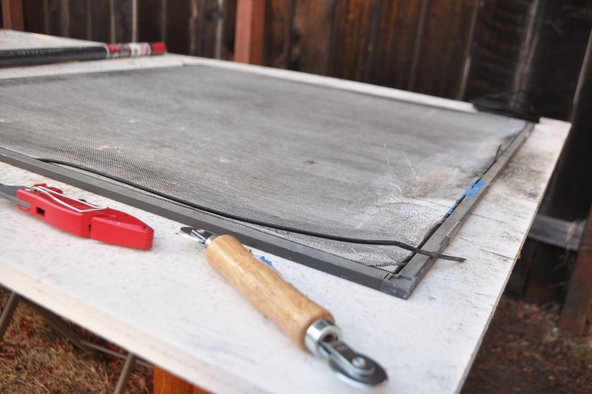 I popped out the broken screen from the window and followed Mark’s instructions:

Step 1) Rip out the old screen. Step 2) Lay the new screen over the frame. Step 3) Get the spline and wedge it in the frame, with the screen lodged underneath it. (Ah, crud. I bought the wrong size spline.) Step 0) Make sure to measure everything correctly the first time.  Step 4) Cut the extra screen off. Step 5) Enjoy.

Together, Mark and I did the 20 minute repair in my backyard. The cost of repairing my own screen? $20.38. The cost of replacing my screen? Estimated: $92.40. (That’s a whole ‘lotta wasted taco money right there.)

Glad to say, Oliver is back in “prison.” I promise he gets good food, lots of water, and plenty of back rubs. But when he swats me from the windowsill from time to time, I suspect its because he’s still a little resentful. Oh, you punk. 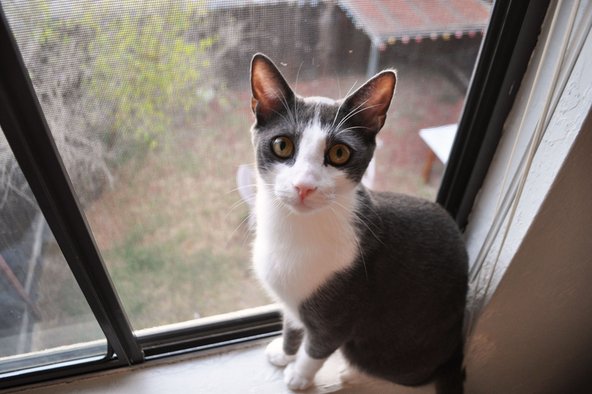 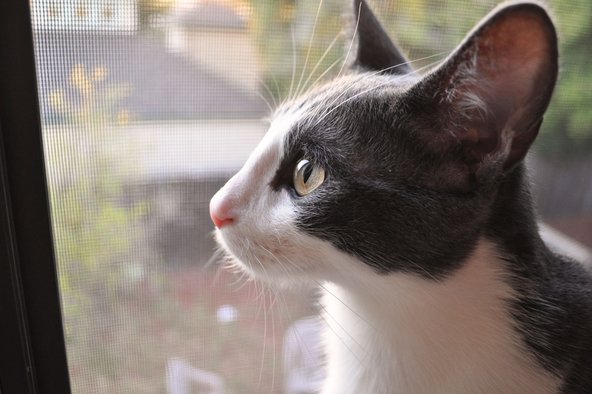 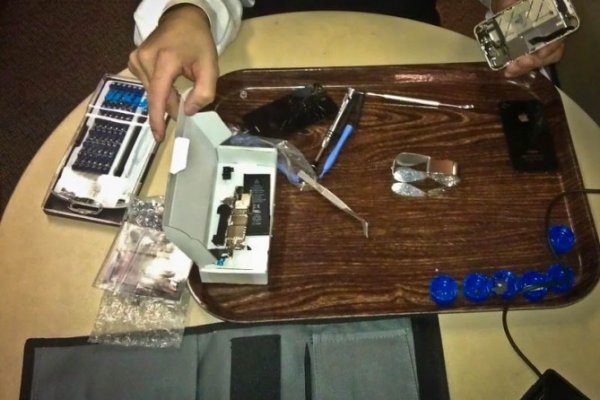 Fixing a Cracked Screen on Break