It’s no secret that iFixit’s mission—to teach everyone to fix every thing—is a bit … ambitious. We envision a better world, one where everyone everywhere knows how to fix their stuff. Well, staying put in California has been limiting our ability to do that.

So naturally, we called up our buddies in Germany and (in true iFixit-fashion) we solved the problem.

We are proud to announce iFixit Europe! 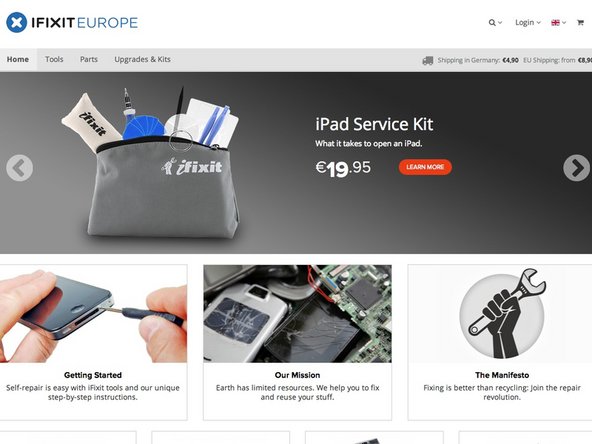 Now, for our friends in Europe, iFixit tools, parts, and upgrades and kits are readily available. From now on shipping will be faster and cheaper.

iFixit European headquarters is located in Stuttgart, Germany, a stronghold of tinkerers and inventors. From its central location right in the heart of Europe, we are shipping tools and parts to 28 European countries.

To be honest, we’re a bit jealous over here in the States. ‘Cause word has it that our German friends are giving out gummy bears with every shipment.

Help us Make Repair Global
A group of community volunteers has helped us translate iFixit’s interface into French, German, and Spanish. We’re working on Dutch, Italian, and Polish next—and we need your help.

Sign up and pitch in to help translate iFixit.