September was a big month in Reno, Nevada. Swarms of people came to celebrate the 50th Anniversary of the Reno Air Races. During this weekend long affair, aviation enthusiasts ogled races, aerobatics, and vintage machinery while indulging in corn dogs and souvenirs. But while most of us were on the ground, what really mattered was in the sky.

Huge machines shot through the air, whipping through clouds, flattening the atmosphere with deafening roars—only to disappear miles away in seconds.

Now, as a team member at iFixit—an open-source site for repair manuals—I’m a bit of a hardware aficionado. I appreciate the guts of cellphones. I get excited when I make repairs to my car. But airplanes? I know next to nothing.

So I arrived ready to learn. My first lesson: Flying has a really long history.

Human kind has dreamed of ways to skirt the skies for thousands of years. Ancient Grecian myths are riddled with characters who fly. The Italian painter, Leonardo da Vinci, created a codex of birds, attempting to build man-made wings. Far-flung dreams—until the last couple centuries. Engineers, like Otto Lilienthal and the Wright Brothers, pushed us through the evolution of gliders to heavier-than-air human flight. Leading to the mid-20th Century when flight finally went public with the first commercial jetliners. Generations of visionaries proved that flight was not only attainable, but is emblematic of freedom, innovation, and possibility.

So I just had to visit one of the most respected aircrafts in Reno history—Czech Mate. 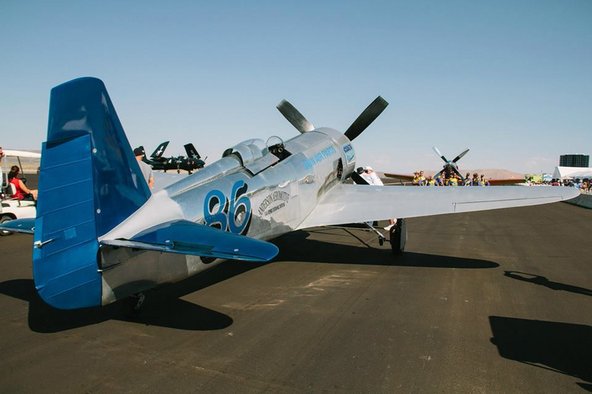 Czech Mate is a refurbished WWII Russian fighter plane (a Yak-11). It withstands 6.5 Gs and can maintain a speed of nearly 500 mph. Its appearance is simple—not flashy like other planes, certainly not as big. But over time, it’s earned a reputation as the “Giant Killer”—an underdog, repeatedly holding its own against faster, newer planes.

But the impeccable paint job conceals a more complicated history. While Czech Mate brags a lengthy pedigree of owners and winnings—it’s racing career starting in the 1980s—the last two years were touch-and-go.

In 2009, photographs of the plane in-flight revealed unexplained ripples on the top of the left wing. Lyle Strader, repairman on Czech Mate’s crew, explains that the ripples were visible during flight, but returned to a relaxed state when on the ground—undetected during previous inspections.

My second lesson: Never send a plane into the air unless it’s operating flawlessly.

They immediately grounded Czech Mate for repairs. “A plane’s wing lifts—through the center—and acts like a beam,” said aviation engineer, Brian Kriemen. “It’s essential that it’s perfect. We couldn’t just do minor repairs. We had to tear it completely down.” And they did. Years of high velocity pressure meant that a whole steel fixture had to be fabricated off of the wings. Engineers spent countless months designing and redesigning a solution. They came up with a 12-foot strap for the top and bottom of the front and rear spars—not your average repair job. She didn’t see the sky for over 2 ½ years.

But they fixed her. The crew manually drilled off the plane’s aluminum skin, exposing the skeleton of the wing, stripping it down—paint and all. Then began the painstaking months of fabricating new skins, until finally driving—by hand—tens of thousands of individual shims to hold it all in place.

Lyle smiles with tired eyes, recalling, “There had to be hundreds of shims, each one different than it’s neighbor. There were many days we wondered if it was ever going to end. This wing repair tested every metal forming skill I’ve ever learned.”

No doubt the crew had done their best—but watching the machine to go up was one of the most anticipated moments of the festival. Would Czech Mate make it? Would it complete the races? How would it fare against the two untouchable mustangs—Strega and Voodoo—in its class? I watched as Smoot’s daughter prayed for his safety. Success was up in the air. Literally.

Come race day, we watched the 9 competing aircrafts pull out onto the tarmac. But all eyes focused on the three biggest competitors—Strega, VooDoo, and Czech Mate. They were off. The aircrafts whipped around in circles—8 laps, 8 miles each. Czech Mate’s fans were the only continuous chorus of shouts, whistles, and chants. The race would be done in a mere 10 minutes. But for Czech Mate and its crew, it was 2 years in the making.

Czech Mate rode smooth and sure, passing planes—reviving its Giant Killer status. And at the final lap we knew—she placed third, following Strega in second, and VooDoo in first. But fans of Czech Mate screamed in jubilation. The friends hugged, family members wiped tears from their eyes.

My third lesson: A safe plane is a successful plane.

I looked around, surprisingly shaking with emotion—in awe of what I had just witnessed. I had been cheering for Czech Mate for just 3 days. For everyone else, it was years. I knew how much work, how many people it took to lift her back in the sky. Back where she belongs.

And in the midst of the chaos, a man standing next to me, leaned over and said, “You know, I’ve always like the Reno Air Races, but after standing next to you and your group—well, this race was the best time I’ve ever had here.” 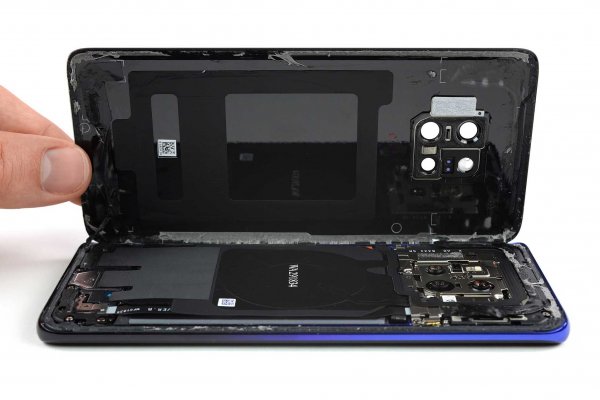