After being acquired by Google, Motorola took a fresh look at smartphone design — from the inside. Among the usual suspects (cameras, chips, display) in the Moto X are some interesting design decisions that we’ve never seen before. Motorola’s design team is paying the kind of attention to detail we usually only see from Apple. Instead of making another cookie-cutter copy of the competition, Motoroogle took the time to innovate new ways of constructing their flagship smartphone. 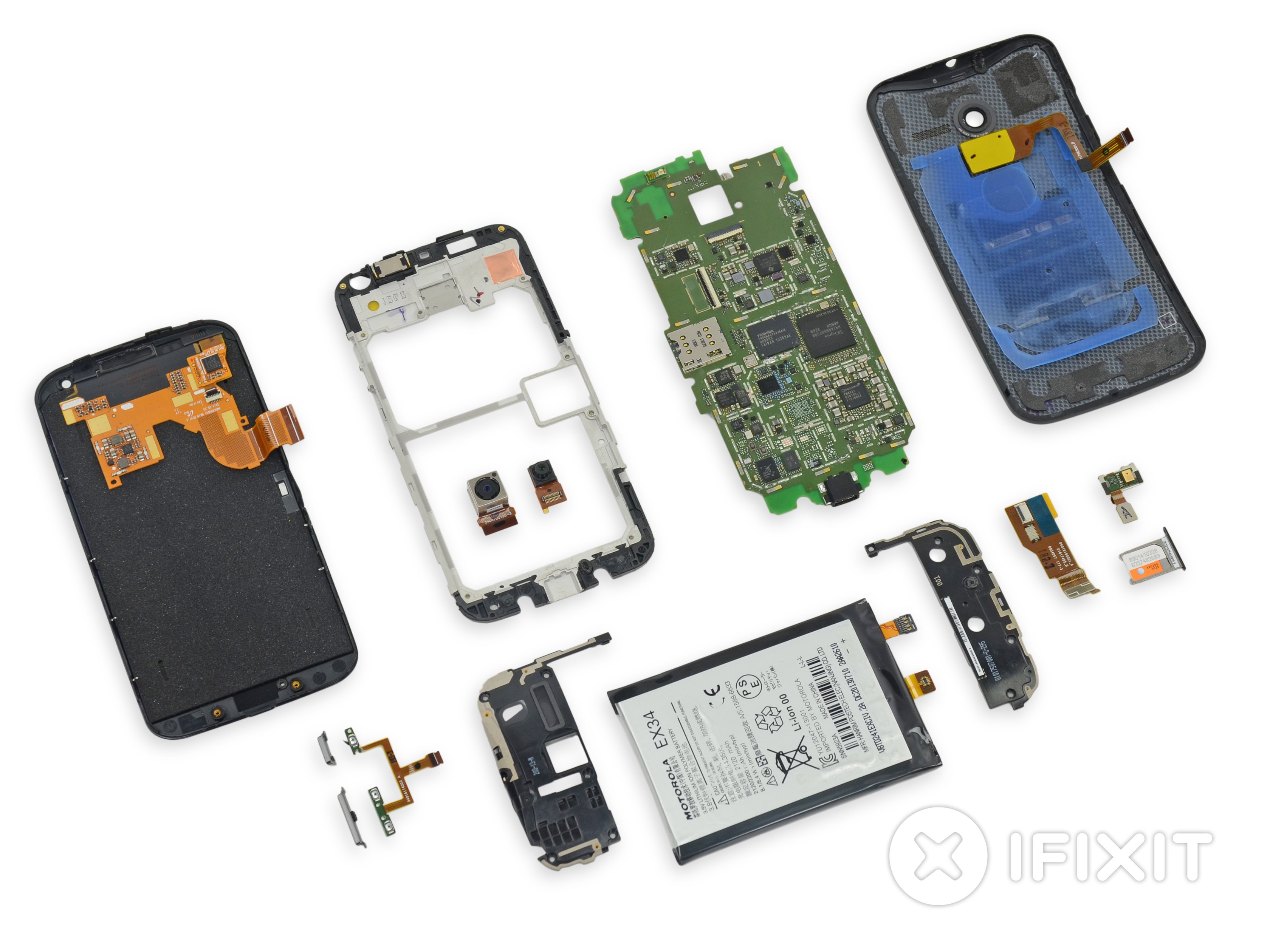 The Moto X earned a solid 7 out of 10 repairability score. Modular construction allows you to replace components economically; everything’s held in place with Torx T3 screws and some mild-to-medium adhesive — nothing crazy that will break someone’s tinkering heart. Folks will have to replace the glass and LCD as one whole enchilada, which is standard practice nowadays.

Check out the teardown video review, courtesy of our own Gwendolyn!

Here are the highlights of our teardown:

• This is the first and only smartphone that’s “Designed & Assembled in the USA,” to our knowledge. Flextronics is assembling the phone for Motorola in Fort Worth, Texas.

• We were surprised to learn that our “Woven Black” case actually has a weave to it—at first we thought it was just a gimmick. It’s not — you can see right through it!

• The camera flash is its own separate assembly, and is attached to the back cover. Folks can pretty easily replace the back cover with another of their choosing, provided they peel off and transplant the flash.

• This is possibly the most modular headphone jack we’ve ever seen. It pops right out of the upper midframe panel, spring contacts and all.

• The microphone assembly clings (like a baby sloth) to the earpiece speaker to maintain a solid connection with the spring contacts below.

• One thing about this device is certain: the design choices are nothing if not unique. The midframe is held in place by pins protruding from the edges of the display assembly bezel. 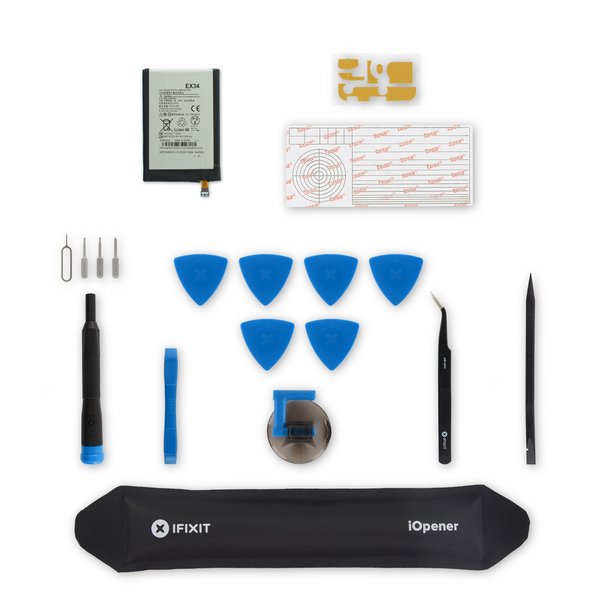