Our teardown artists kept the midnight oil a’burning to take apart the AirPort Extreme—Apple’s first ever 802.11ac wireless base station.

And, we’ll tell you this for free: the AirPort Extreme totally lives up to its name. It’s extremely tall and extremely easy to disassemble. This little tower of power pops right open with a couple twists of the metal spudger, and we didn’t encounter more than just a dab of glue inside the device. Modular components make the rest of the disassembly process a breeze, earning the AirPort Extreme an extremely solid 8 out of 10 on our repairability scale. 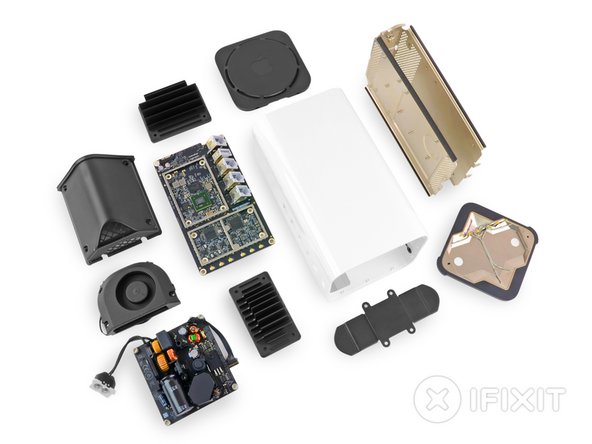 The AirPort Extreme completely outclassed its freshly-torn’d Apple relation, the new MacBook Air 13″, which scored a not-so-solid 4. In fact, the Extreme performed so well that it lands itself a spot alongside the two most repairable Apple products in recent history: the Apple TV and the Mac Mini.

• Our method of entry involves using a metal spudger to release the retaining clips holding the black base of the device. It’s not a terribly difficult procedure, but injudicious pryers may damage the case a bit.

• Standard Torx screws are used throughout the device. We encountered T8 and T10 varieties—nothing fancy!

• Just like an earlier advancement in Mac Mini technology, this new device’s power supply moved inside, contributing to its extreme stature. A Delta Electronics 12V, 5A unit indirectly delivers your internets directly to your computer.

• We free the top cover, only to find…3.5″ of empty space. While the AirPort Extreme doesn’t come equipped with storage, we dug up a standard 3.5″ SATA hard drive, just to test it out. Perfecto! …Except we can’t find any connectors where we’d plug in the hard drive, only empty spaces on the logic board—so chances of DIY AirPort Extreme to Time Capsule upgrades are slim.

• A closer look at the logic board reveals:

• We made this sweet video to show off our new hidden feature, video steps in guides.

Now scoot on over to iFixit.com, and see the full teardown in action. 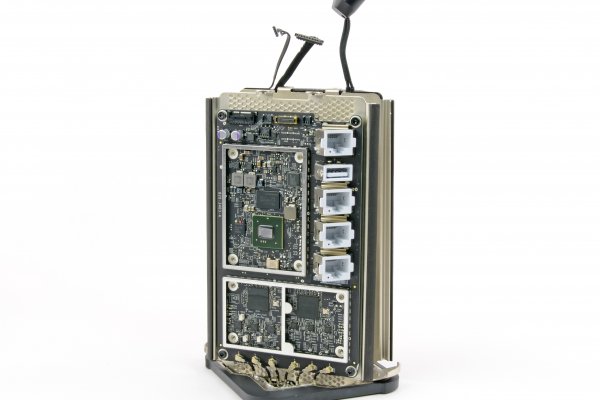