We do our best to get new hardware the moment it hits the market, and trying to figure out where to get the S4 this week has been a headache — to say the least. We’ve never seen this many flip-flopping announcements (outside of the US Senate, of course).

But good news! The Galaxy S4 is here… and we’re glad the wait is finally over. 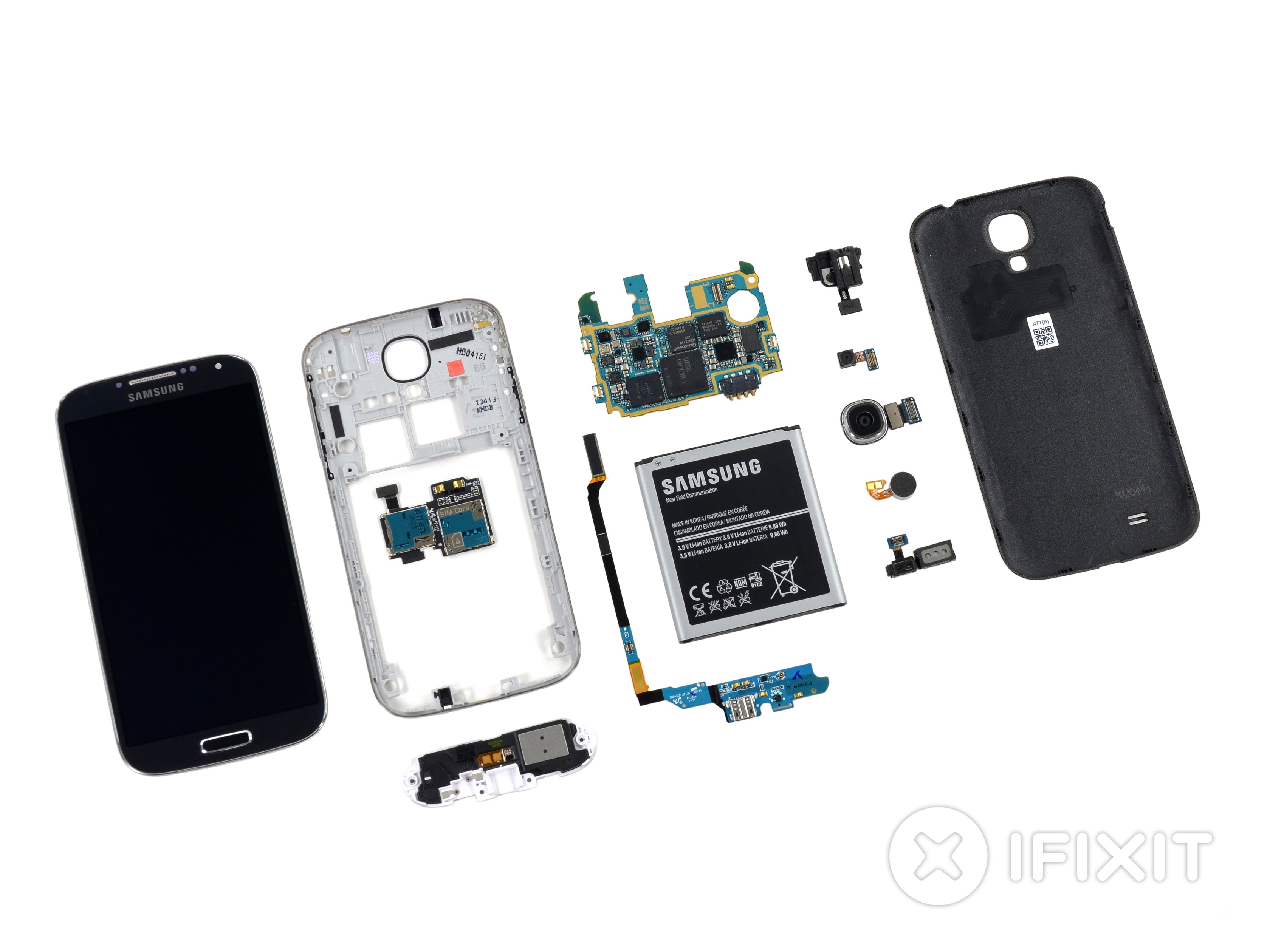 The reports are true. Samsung didn’t go to great lengths to reinvent the wheel with regard to the S4’s internal construction. The design is very similar, if not identical, to the Galaxy S III — which is a good thing, since the S III is a pretty fixable device. The Galaxy S4 receives an interstellar 8 out of 10 repairability score for its replaceable battery and straightforward disassembly.

• Straight out of the box, we are already sighing with relief…it’s a removable battery! Samsung is doing the right thing for their customers and the environment.

• In sharp contrast to HTC’s recent disregard for the megapixel race, Samsung has opted for a rear-facing camera boasting 13 megapixels. It also sports the now-standard LED flash, a back-illuminated sensor, and the ability to record full 1080p HD video at 30 fps.

• Samsung’s left no useful space un-adorned with extra components—the headphone jack is home to the status LED and the first of a pair of IR sensors. A multi-purpose component connects the earpiece speaker, IR blaster, and a sensor array hosting the ambient light sensor and a second IR sensor.

• The placement of the IR sensors on either side of the earpiece speaker explains how Samsung’s new Air View/Air Gesture feature operates. By comparing IR light reflected from your hand into each of the sensors, the phone can track sideways motion as you gesture without touching the screen.

• The daughterboard is home to a full-featured micro USB port. With MHL and USB OTG support, users can use this port for HDMI output and USB peripherals in addition to charging and transferring data.

• The touchscreen controller, a Synaptics S5000B, is hiding behind the screen. This chip is responsible for the S4’s super-sensitive touchscreen, which even works with gloves.

• Just last week, Samsung announced they’re going to stop using tin solder from dangerous mines in Indonesia. That change hasn’t had time to work it’s way through the supply chain yet, so it’s very possible the tin in this phone came from the informal mines at Bangka. 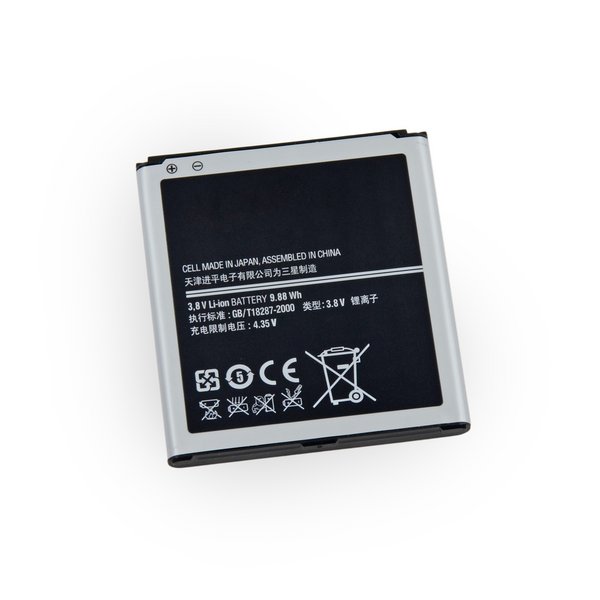 Replace a dead or damaged battery for the Samsung Galaxy S4 smartphone.

Of course, if you need more S4 action, just check out the full teardown.