Picture it: you need to buy a new remote control. You cruise to the store to pick up a new remote and some extra AA batteries—they run out, after all. Best be prepared. You take the remote home, open the package, and—wait a minute! This isn’t your mom’s remote control. It’s a super slick gadget that appears to be glued together for an über modern look. Great! 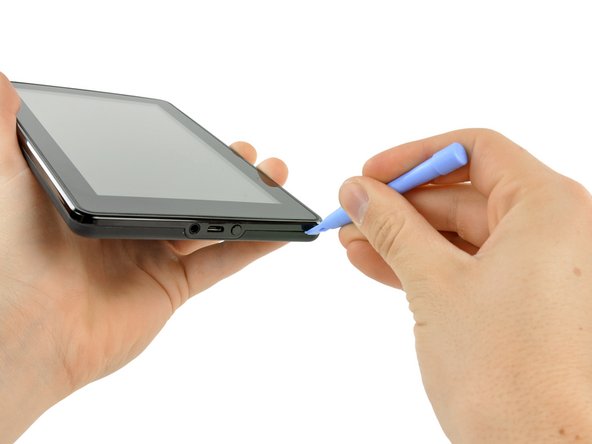 But there’s a downside to seamlessness. You can’t replace the battery yourself. There are no instructions provided on how to get into the remote, and it’s nearly impossible to tear apart. That means once those encased AA batteries run out, you’ll probably have to buy a new remote control. And the cycle repeats. Forever.

Sound appealing? It runs counter to common sense to own a battery-run device that doesn’t allow you to replace the batteries quickly and easily. There’s a reason that people own gadgets like alarm clocks, remotes, and watches for years and years: they can switch out the batteries themselves.

There’s no such thing as a sealed remote control yet, but it’s closer to reality than you might think. Every day, we settle for expensive electronics—cell phones, tablets, computers—with batteries that can’t be removed and replaced. These products might look great, but when it comes to batteries, recycling, and reuse, there are some big problems.

Strong adhesive is the growing trend in slim electronics—ones that aren’t meant to be opened. The consequence: batteries are that much more difficult to recover and replace.

Faced with a dead battery buried under slick construction, what’s an owner to do? Most people toss out the device in question, upgrade to the newest version, and move on. The EPA estimates 2.37 million tons of electronic products were eligible for end-of-life management in 2009—of these products, only 25% were collected for recycling. The rest became part of the some 400 million electronic units that are discarded annually.

In a perfect world, we wouldn’t have to throw away perfectly good electronics when faced with a dead battery. We would have full support from the company who made the product—support in the form of replacement batteries and clear instruction on how to replace the dead battery (or any broken part) with a working component. And perhaps electronic products wouldn’t be choking our landfills, accounting for “as much as 40 percent of the lead” found there.

This problem has a name: planned obsolescence. As The Economist describes, it’s a strategy “in which the obsolescence (the process of becoming obsolete—that is, unfashionable or no longer usable) of a product is planned and built into it from its conception.”

Given the long life of many rechargeable batteries, planned obsolescence might not seem like a huge problem. Consider a product like Amazon’s Kindle e-readers, from the $179 Kindle Paperwhite 3G to the basic $69 e-reader. Each machine boasts impressive battery life as a selling point—the Kindle Paperwhite has “8 week battery life, even with the light on,” and the basic e-reader has “significantly lower power consumption” compared to competing products.

Naturally, some think e-reader battery life is a non-issue. If the machine works the way it’s advertised, your Kindle battery should last years. After all, e-readers don’t usually undergo the same sort of frequent use and constant recharging that, say, a tablet does.

Or do they? Kindles are becoming popular classroom tools at all grade levels. Classrooms full of students using Kindles throughout the school year means that while these batteries are long-lasting, they will come to an end sooner rather than later. Heavy usage is unavoidable in a class of twenty to thirty students, and public schools can’t exactly afford to purchase a new fleet of e-readers when batteries die out.

There is a fundamental problem with how our electronics are imagined and designed. If you own the object, the battery should be yours to change—whether it’s a alarm clock, an e-reader, or an iPad.

If you’d rather replace your Kindle battery on your own and save a few bucks—and landfill space—don’t expect Amazon to stand behind you. I e-mailed Amazon’s Kindle customer service, asking if it was possible for me to replace a dead battery in my own Kindle device—could I obtain a Kindle battery from Amazon? And were instructions available?

Their response? “Amazon does not provide a replacement Kindle battery.” They offered to “completely replace the Kindle device within one year of warranty” if there was any problem with the battery, but after that year I’d have to “get the battery from an outside source, if available,” or contact Amazon to get a “discounted replacement.”

Even more frustrating, Amazon doesn’t volunteer any information on how to replace their battery. This doesn’t mean the info isn’t out there, of course: a Google search for “Kindle battery replacement” and you’ll find plenty of resources, including iFixit’s various solutions. Where there is a will to repair, there will always be a way.

Still, it should be easier. Consumers should have the right to access information that will make their electronic gadgets more efficient and economical. Although corporations would certainly prefer us to purchase new items to replace our electronics every year, it’s simply not ethical or financially viable to ditch our stuff when the newer model debuts. Germany is already on board with this kind of thinking, with the President of the German Federal Environment Agency publicly backing a ban on built-in batteries.

The design of our gadgets will have to change. Our things should be made with disassembly in mind. And it is possible, as a recent teardown proves: The BlackBerry Z10 is modern, slim device with a battery that’s simple to remove and replace.

Electronics shouldn’t have to sacrifice repairability for style. E-waste is increasing at a disturbing rate—5 to 10% per year, according to the EPA. It’s imperative that repairability and style find a way to coexist.

Batteries Explode—Stop Gluing Them Down

Demonstrate Your Love with Durable Design