In October, the Library of Congress canceled an exemption that protected unlocking cell phones without carrier permission. The decision, which effectively banned legal unlocking, sparked public contention: More than 114,000 people signed a petition demanding that the ban be lifted. Yesterday, the White House added its name to the ban’s list of opponents, declaring “It’s time to legalize cell phone unlocking.” 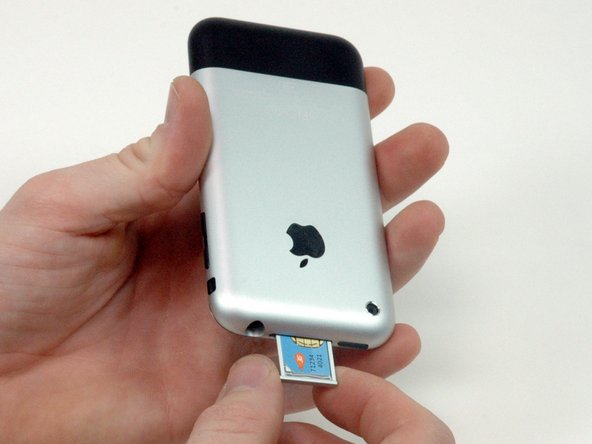 The White House response was unequivocal in its defense of the practice — and not just with regard to cell phones, but also tablets:

“[I]f you have paid for your mobile device, and aren’t bound by a service agreement or other obligation, you should be able to use it on another network. It’s common sense, crucial for protecting consumer choice, and important for ensuring we continue to have the vibrant, competitive wireless market that delivers innovative products and solid service to meet consumers’ needs.”

If you’re unfamiliar, unlocking is a software tweak that disables a phone’s SIM lock. Once the device is unlocked, owners can use a different service provider. Most cell phones come locked, though unlocked version of some phones — including the iPhone 5 from Verizon and Google’s Nexus 4 — are available for purchase.

The White House’s statement thrust the practice into a national spotlight, but the battle over the unlocking has raged on behind the scenes for years — an elaborate cat and mouse game played between hackers and electronics manufacturers. Every new phone or tablet’s release kicks off a race to decrypt and unlock the device. Only two months after the original iPhone hit the market in 2007, a group of students came out with a hardware hack to unlock the phone. There was just one catch: You had to disassemble the phone and modify the circuitry using a soldering iron.

Just this February, evasiOn, a popular jailbreaking tool for Apple devices, was downloaded more than 14 million times. For many, jailbreaking — which is legal — is the first step to unlocking a phone, and Apple is rushing to patch the bugs that evasiOn developers took advantage of. The imminent release of iOS 6.1.3 should spell the end of the popular jailbreaking tool. But another hack will almost surely take its place.

The Legal Battle Over Unlocking

The formal fight over unlocking — played out in courtrooms and Congress — has been just as contentious as the informal one. Carriers argue that unlocking a cell phone without permission is a violation of the 1998 Digital Millennium Copyright Act (DMCA) — a law originally designed to prevent piracy.

The software that runs your cell phone is copyrighted, and unlocking circumvents electronic locks, or encryption, that protect that software. This, the wireless communication industry claims, is prohibited under the anti-circumvention provision in Section 1201 of the DMCA. The new unlocking ban, they add, prevents traffickers from buying large quantities of phones, unlocking them, and reselling them in foreign markets. Moreover, CTIA, the wireless lobbying association, argues that unlocking is largely unnecessary; phones are available that already come unlocked (albeit usually for a higher price), and many carriers have policies that allow for unlocking after the contract term is expired.

On the other side of the debate, digital rights advocates, like the Electronic Frontier Foundation, claim the ban is nothing more than a distortion of copyright laws for corporate profit.

“Unlocking is in a legal grey area under the DMCA,” writes Mitch Stoltz, a staff attorney with the EFF. “The law was supposed to protect creative works, but it’s often been misused by electronics makers to block competition and kill markets for used goods.”

The ban has been largely criticized as anti-consumer, locking buyers into a single carrier — even after their contract has ended — and forcing them to buy a new phone when they switch carriers. A ban is particularly problematic for international travelers, who frequently unlock their phones to avoid high roaming charges. Illegal unlocking would put those same consumers at risk of fines up to $2,500 per unlocked phone in a civil suit. Tack on jail time in a criminal case where unlocking is done for commercial profit.

Notably, no one has ever been on the receiving end of such a suit, nor has anyone ever been criminally prosecuted for developing and/or selling unlocking software–and perhaps no one ever will. But carriers and manufacturers do use the threat of prosecution to shut down sites that provide unlocking software to the public.

In 2005, Motorola sent Sina Khanifar — then a college student in the UK — a cease-and-desist letter for selling unlocking software on his website, Cell-Unlock.com.

“It claimed that I was in violation of the DMCA, a crime punishable by up to $500,000 in fines and five years in jail per offense,” he wrote of the experience. “I was 20 years old and terrified; my immediate reaction was to shut down the business.”

But he didn’t. Instead, with the help of Stanford Cyberlaw Clinic founder Jennifer Granick, Khanifar fought Motorola over its interpretation of the law. Motorola backed down, and left Khanifar to run his business. (It still exists, by the way, though it’s now operated by his brother.)

Seven years later, when the Library of Congress banned unlocking, Khanifar went to the mattresses one more time. He authored a petition on We the People, the White House’s public petition service. It went live on January 24th, reached the 100,000-signature minimum after one month, and prompted an official administration response less than two weeks later — a rapid fire timeline for what was, essentially, a grassroots effort waged on digital turf. The swift response even took aback Khanifar.

“I was really surprised that they acted on this so quickly, and that they were so clearly in support of the spirit of the petition,” he said, adding, “This is a big victory for consumers, and I’m glad to have played a part in it.”

In a political landscape where every issue ignites a stand-off, the fight to legalize unlocking has been uncharacteristically bipartisan, uniting liberals and conservatives under the same banner. Derek Khanna, a young visiting fellow at Yale Law and former staff member at the Republican Study Committee, has been a powerful, highly-visible force behind Khanifar’s petition. Polished, eloquent, and besuited, Khanna made unlocking feel relevant to more than just the tech-literate; he made the ban hit home for consumers.

“It’s a basic question of property rights. Who owns your phone at the end of the day?” Khanna said in an interview with ReasonTV. “And if this [ban] is allowed to stand, the answer is that you don’t own your phone.”

Together, Khanifar and Khanna became the odd couple behind the unlocking movement, and the White House’s categorical support is an affirmation of their claims. A statement by FCC Chairman Julius Genachowski, which quickly followed on the heels of the White House’s, was even more emphatic.

“From a communications policy perspective, this raises serious competition and innovation concerns, and for wireless consumers, it doesn’t pass the common sense test,” Genachowski said. “The FCC is examining this issue, looking into whether the agency, wireless providers, or others should take action to preserve consumers’ ability to unlock their mobile phones. I also encourage Congress to take a close look and consider a legislative solution.”

The Future of Digital Freedom

The pro-unlocking movement has been bolstered by these statements of support, but the issue is far from settled. Unlocking is still banned. The next step, says Khanifar, is legislation that gives unlocking devices — with or without carrier permission — legal protection. Already, Josh Levy of Free Press has started a petition, “Free Our Phones,” asking Congress to write a bill that would protect cell phone unlocking.

“We need open devices and networks to communicate and innovate–and that means we should have the right to modify our own hardware and truly own our cellphones,” Levy writes.

As technology evolves, the battle over intellectual property and copyright is poised to get louder and more rancorous. But the tide is turning toward freer access to information: Right to Repair legislation in Massachusetts saw voters overwhelmingly demand service information once considered proprietary from automakers. There is growing public opinion that consumers should have the right to service documentation, unlock tools, software updates, and other intellectual property required to operate their devices.

The future of unlocking is undecided, but one thing is clear: The administration’s support of cell phone and tablet unlocking calls into question the efficacy of the DMCA’s provisions. The next big battle over digital copyright might very well be over increasing consumer rights to the intellectual property needed to use and repair their device. At the very least, that’s the next fight for Khanifar. He’s currently launching a new campaign to repeal Section 1201.

“I’m hoping that we can convince [Congress] that an overhaul of Section 1201 of the DMCA is necessary,” Khanifar says. “The ‘anti-circumvention’ provisions in that section are overly broad and poorly written, and prevents whole classes of necessary technologies.”

Update: Senator Amy Klobuchar (D-MN) has said she will soon introduce legislation that will legalize cell phone unlocking and Representative Jason Chaffetz (R-UT) has tweeted that he too is working on such a bill.

This article also ran on The Atlantic.