The economy is broken. It’s not because of partisan bickering or the debt ceiling. It’s not because there is too much government spending or too little, too many taxes or too few. The problem cuts much deeper than that; it’s systemic and it’s global. The economy is broken because the principles that make the marketplace thrive will eventually destroy it.

Our economic growth is dependent on access to cheap raw materials, and those resources are getting scarcer and more expensive. The McKinsey Global Institute reports that price volatility has hit a high, second only to the energy crisis of the 1970s. 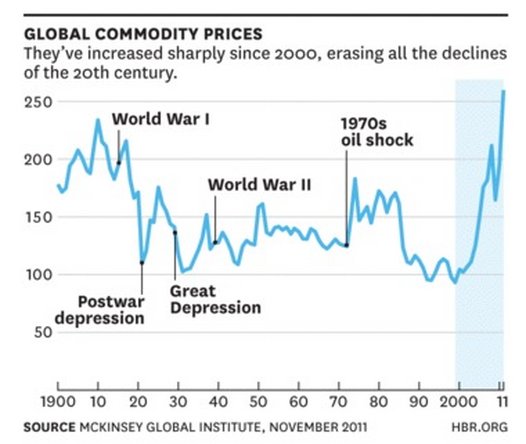 Political conflicts are erupting over access to critical metals, minerals, and rare earths: materials like the lithium in our batteries, the neodynium in our computers, and the coltan in our cell phones. The cost of many staple resources, including oil, steel, and food, are rapidly escalating.

And yet we’re buying, using, and discarding these resources at a rapid and unsustainable pace. The average consumer buys over 2,200 lbs of material per year; 80% of these materials end up in incinerators, landfills, or as wastewater. In North America, less than 1% of all the resources we extract from the earth are actually used in products that are still around six months after their sale. Taken together, it’s not a matter of whether resource prices will go up — it’s a matter of when, and by how much.

While we scramble to get our hands on an increasingly smaller share of this economic pie, most businesses have failed to realize that the materials they need aren’t buried deep under the ground; they are already all around us — they just need to be rescued from the waste stream. It’s time to invent a better economy — one that is independent of volatile, increasingly expensive raw materials. And I believe developing more resource-efficient business models will be the largest single financial opportunity of the twenty-first century.

Some businesses are already adapting. Paul Polman, CEO of Unilever, is leading the charge at his Fortune 500 company. He recently stated that “decoupling economic growth from environmental impact… [is] at the heart of my vision for corporate strategy.”

So where should your business start?

Recycling Won’t Get You Far

Recycling is already a lucrative $236 billion industry. Businesses save money every time materials are reprocessed, remanufactured, and reintroduced into the resource stream. But recycling — melting down products and making new ones — is energy intensive. Recycling aluminum requires around 1.7 Megajoules per can; reusing an aluminum bottle, on the other hand, requires very little energy, and those cost-savings can be passed along to both business and the consumer.

And current recycling technology is limited. Paper can only be recycled five to seven times. We cannot yet recover many materials, including a number of rare earth metals. Only 20 out of 50 elements in a cell phone, for example, are recoverable in recycling. Relying solely on this solution, then, is really no solution at all.

Maintain Products Instead of Making New Ones

Service and maintenance that extend the lifespan of products create local, labor-intensive, skilled jobs — jobs that can’t be shipped overseas. The U.S. automaking industry currently employs 786,500 people, down from 1,136,500 in 2003. At the same time, the automotive service industry currently employs 827,900 people, losing less than 100,000 jobs since its pre-recession peak in 2003. Cell phone repair is also exploding as an industry. Over the past five years, easily-overlooked neighborhood cell phone repair shops have increased by a rate of nearly 7% each year. By 2017, “industry revenue is forecast to grow to $1.5 billion.”

Remanufacturing Is a Double-Digit Opportunity

Manufacturing jobs continue to move overseas, but remanufacturing — the practice of restoring used products for resale — is a fast-growing American industry. The United States is the largest remanufacturer in the world, according to a recent U.S. International Trade Commission report. The domestic remanufacturing industry grew by 15% between 2009 and 2011 to “at least $43.0 billion, supporting 180,000 full-time U.S. jobs.” Even in the midst of a recession, every single remanufacturing sector sampled by the ITC reported some growth. The market has huge profit potential.

A handful of established US companies already have impressive remanufacturing operations. Caterpillar, the heavy machinery giant, boasts more than 8,000 refurbishing jobs spread across 68 plants. Previously sold goods are refurbished to like-new quality and marketed in 170 different countries. Greg Folley, head of the company’s remanufactured goods and components division, told the ITC that remanufacturing is “good for its customers, good for its business, and good for the environment.”

Cummins, the Fortune 500 engine designer, began remanufacturing their products 45 years ago. In 2011, their annual sales approached $1 billion in remanufactured goods. Because the cost of remanufacturing is significantly lower than crafting new components from raw materials, Cummins is able to offer remanufactured engines to their customers for 20 to 40% lower than the price of new product.

My company, iFixit, helps businesses fix electronics. iFixit grows at a rate of about 50% each year; our grassroots efforts to end planned obsolescence have landed us on Inc.’s list of the 5000 fastest growing companies four years running. Independent technicians are dependent on the availability of service documentation, which internet communications and recently passed Right to Repair legislation is making more fully available.

While those are significant numbers, they represent just a fraction of the financial potential that resource-efficient businesses could have. The more quickly goods can be reprocessed, the more wealth can be generated from the same resources. McKinsey estimates the total economic value of circular business practices at $2 trillion globally.

The circular economy — championed by influential organizations like the Ellen MacArthur Foundation — is starting to gain worldwide recognition from scientists, economists, and government officials. Just this week, several companies including Coca-Cola, iFixit, and IKEA announced a collaboration to create $10 billion in resource independent business growth. This new model posits a better future: a global economy that is essentially free from waste–because there is no true end-of-life. All “waste” is a resource for some other industry.

As a CEO, the first thing I learned was to effectively utilize the resources available to me. My job is to get as much use — and as much profit — as I can with the resources I have. Let nothing of use go to waste. A circular economy is based on the same principle: The first round of manufacturing, and the first sale, doesn’t have to be the last.

This article was originally published with Harvard Business Review 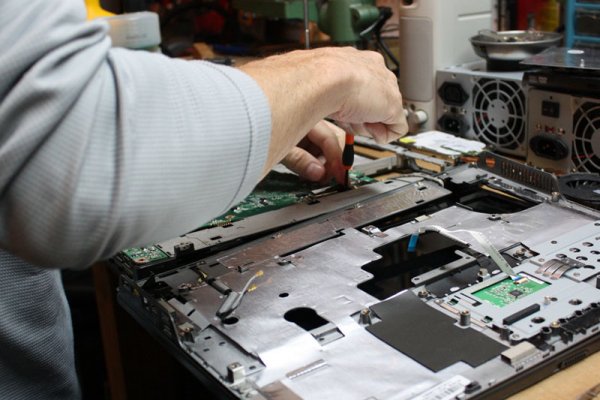 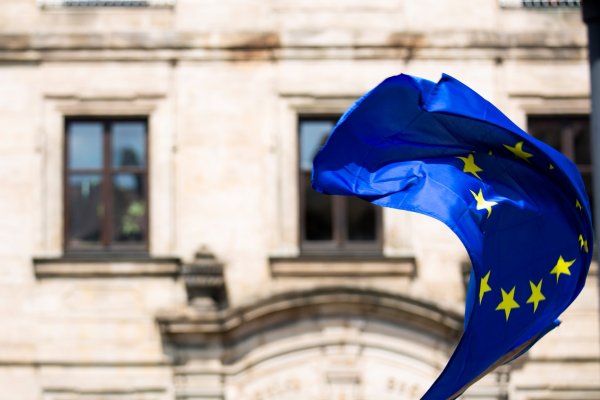