E-waste is a tricky problem in part because it’s so complex: for a computer to end up in the infamous Ghana dump site Agbogbloshie, it has to pass through hundreds of hands—from assembly line workers piecing it together, to retail salespeople, to users, to exporters, to importers, to scavengers. The problem can be overwhelmingly abstract. But documentaries make it more real and immediate—and it’s been a while since we last reviewed an e-waste documentary. Terra Blight, a recent release from independent documentary film production company Jellyfish Smack (the folks behind “World of Trash”), gives the problem a human face and unravels some of its complexities. 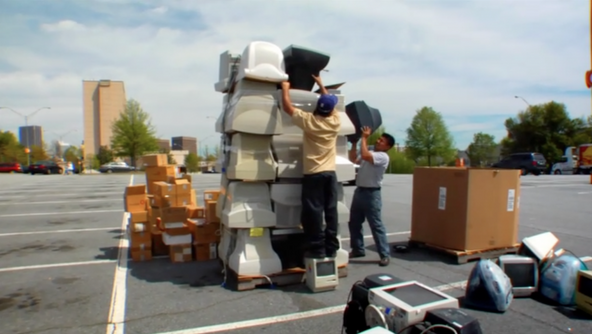 Terra Blight powerfully juxtaposes images of manufacturing, retail stores, e-waste recycling collection events, and burning wires in Agbogbloshie. For anyone versed in e-waste, these are familiar images. But the film resists the urge to simplify or offer any kind of quick-fix activist message. Instead, it focuses on each of these sites to tell the human stories of the people involved.

The filmmakers speak with a CompUSA salesman, with computer gamers, with residents of the IBM-polluted town Endicott, with an electronics recycler, with the inventor of the UPC, with e-waste activist Mike Anane. But perhaps the film’s most compelling subject is Isaiah Attah, a child who picks apart e-waste at Agbogbloshie—he’s thoughtful and well-spoken, and begs his mother to let him scavenge metal to earn enough money to go to school.

For Isaiah, the film makes clear, e-waste is a mixed bag: he hates the work, has cuts on his hands from broken CRT glass, and he knows the air at the site makes people sick. But the job also helps him get to school, and he hopes to earn enough to quit in a few years and become a pastor. Cracking open CRT tubes with rocks has not dimmed Isaiah’s generally positive view of technology—sometimes, after school, he plays computer games in a nearby town with friends. “The computer broadens your horizons,” he says. Isaiah is not the silent, sad-eyed, e-waste poster child, and the Terra Blight filmmakers do a beautiful job of letting him tell his own complex story. 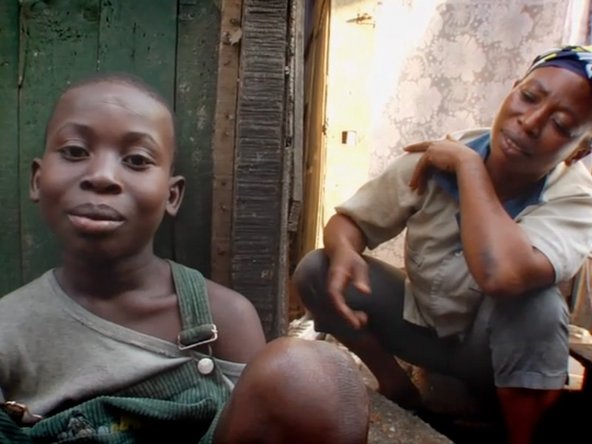 Terra Blight does not make the e-waste trail explicit, and I think the message suffers some for this. One intertitle reports the often-cited, never-proven “fact” that more than 50% of supposedly recycled e-waste ends up being exported (this estimate comes from Basel Action Network’s Jim Puckett, who is a consulting producer on the film—but he has not successfully sourced his claim). In fact, one recent UN report demonstrated that 50-85% of African e-waste is domestically generated.

The film’s trip to Christy Ayettey’s secondhand electronics retail shop actually demonstrates the rapid spread of electronics in Ghana. Everyone wants a computer, she says. But when she explains that some of the computers she imports arrive non-functioning, the film implies a direct connection between secondhand electronics imports and the e-waste dump site. Yet it’s rare indeed for even a non-functioning computer to go straight to the dump. Informal recycling is not all burning wires and cracking CRTs open with rocks—far more repair, reuse, and parts cannibalism happens within Ghana than the film suggests. Of course, that is the story we hope to tell in the upcoming documentary, Fixers.

This is a beautifully presented and intimately human portrayal of the e-waste problem. The filmmakers push past e-waste clichés and reach for both depth and scale. Check out the trailer below. Terra Blight is currently making the festival circuit. You can watch the film via YouTube, iTunes, Xbox Live or Vudu.

E-waste is a popular, informal name for electronic products nearing the end of their "useful life." Computers, televisions, VCRs, stereos, copiers, and fax machines are common electronic products. Many of these products can be reused, refurbished, or recycled.