In Kottayam, a spice trading city in the southwest state of Kerala, India, summer means rain—and lots of it, averaging 2.7 meters of the wet stuff each year. From June through September, monsoon waters cool down sweaty bicyclists, and the winds wreak havoc on foot passengers’ umbrellas. But in Kottayam, they don’t throw away broken umbrellas, engineering professor David Kraemer tells me.

David lived in India for six months last spring, researching ocean wave energy conversion and teaching at the Indian Institute of Technology at Kharagpur—8,000 miles from his home university in Platteville, Wisconsin. Walking around the streets of Kottayam during a visit south, he happened upon an umbrella repairman. The man sat on the ground, umbrella in his lap, mending a bent rib with nimble fingers and wooden tools. It was only spring, not yet monsoon season, but he seemed to have a little business—nobody wants to be without a working umbrella when the rains hit. David was pleased to see someone spending so much time on an item that many treat as disposable. He explained, “So often I’ve seen broken umbrellas crammed in the trash cans on a subway platform here in the US.” 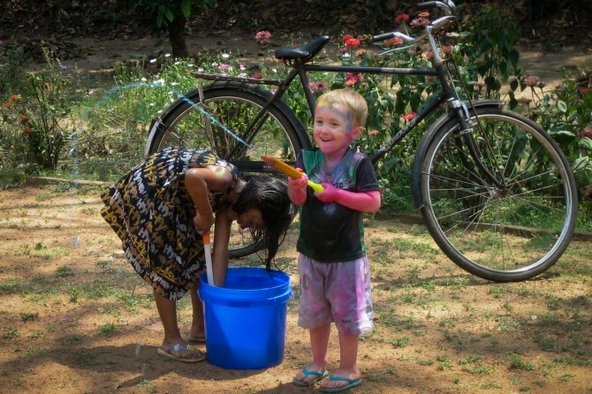 The more time he spent in India, the more he realized that it is a repair-centered culture. At the university in Kharagpur, most students and professors rode bikes or motorcycles to get around. “There were probably five or six bike repair shops on campus,” he said, “little one-man operations with roll-up doors.” The shops offered very quick, affordable repair work in the mornings and late afternoons when classes were in session.

At first, David was truly impressed. Then he got used to it, just as he got used to the squat toilets and mosquito nets: “Relatively quickly, something that was fairly exotic and different from an American perspective—to have six bike repair shops on a small campus—just became, ‘Oh, of course. Everybody repairs their bikes.’ That became the new normal.”

As an engineer, he was struck by small differences between Indian and American bicycles. For instance, on Indian bikes, the brakes are metal rods instead of cables, presumably for durability and ease of construction. And kickstands are mounted on the rear hub rather than the middle of the frame. “Initially,” David explained, “it seems like of course you’d put the kickstand in the middle, because that’s close to the center of the weight of the bike, so it’s going to be more stable.” Yet he came to see some benefits of the rear-mounted stand: “When you’re working on the bike to repair it, for instance, if the chain falls off, you can spin the pedals freely without hitting the kickstand. That doesn’t work on a US bike.”

As exotic as David found Kharagpur, the Bengalis found his family at least as strange. Though the university draws students internationally, the Kraemers were usually the only Westerners around. And when they would go on family bike rides, all four of them wearing helmets, and David’s wife Theresa ferrying three-year-old Benjamin in a rear-mounted child seat, everyone would gawk. The helmets especially marked them out. “It would look as strange as if someone was wearing a space helmet, driving around,” he said. Eventually, they stopped wearing helmets—maybe “subconscious peer pressure,” David muses. 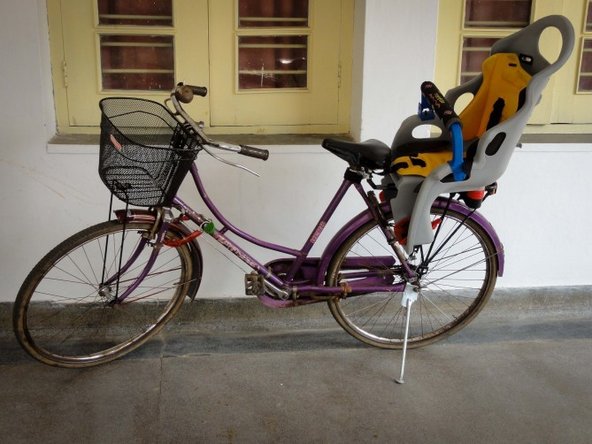 David’s older son, seven-year-old Isaac, felt the culture shock perhaps the most keenly: he started going to school in Kharagpur. David and Theresa enrolled him in “class two” of an English-speaking school, where he began to learn Hindi. He was scared at first—Theresa felt tremendous guilt dropping him off near tears every morning for the first couple weeks. But each afternoon Isaac came home with a smile on his face, and soon he was no longer afraid. Of the trip as a whole, David says, “that was one of the greatest benefits—the growth and maturity Isaac gained from going to school over there. Just little things, like the empathy that he’s gained from knowing what it’s like to be the odd one out, the new kid who doesn’t look like anybody else.”

That tilted perspective, the ability to look at familiar things with an outsider’s eyes, was the biggest boon for the Kraemers. Now back in Wisconsin, David looks differently at bicycle kickstands and broken umbrellas. He was impressed by Indian repair culture, too—we’ve lost our repair culture in the US, he says, but he is confident we can get it back.

“Traveling around the world and seeing things done differently breaks you out of assuming things have to be that way because they’re always done that way.” And maybe just reminding ourselves that repair is possible—that something like an umbrella doesn’t have to be disposable—is enough to inspire us to fix the things we can. 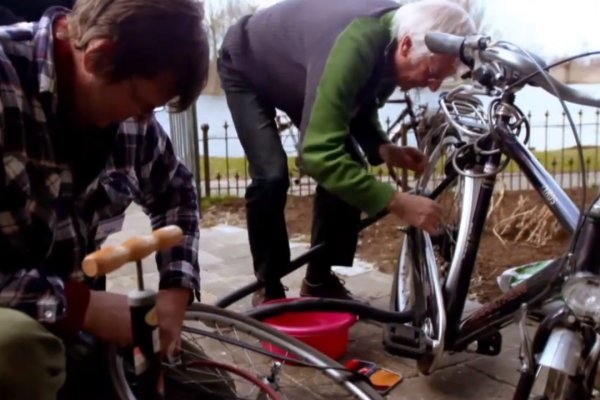