Engineer and programmer Todd Harrison runs an awesome hobbyist engineering educational website—he’s the sort of guy who would build a DIY propane pool heater when his 13-year-old daughter wanted a pool party in February and set up a retro Commodore video game lounge for Mother’s Day. 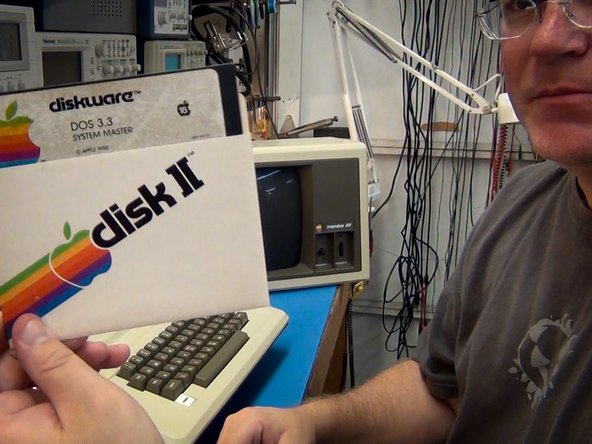 Last week, Todd got his hands on an old Apple II+, via online auction. Once he got past the invasive, crumbly packing peanuts and 30 years of dirt and grime (the computer was stamped in 1982), he tore the Apple II+ down and shot a nice walkthrough video, talking about all the different boards, chips, and connectors. The teardown begins around 10:00 into the video below.

He came across a couple surprises: someone left a tool in the monitor case. He also noticed that all the chips are socketed rather than soldered, for easy removal. He’s not sure why—he asks for anyone who knows for sure to comment on his blog post—but he has some ideas:

All the chips are socketed, everything is socketed… Sure, I understand the memory being socketed. But there’s got to be a lot of added expense to have all these components socketed. Maybe they’re really heat sensitive, can’t solder them without damaging them. Or maybe it’s because they wanted it to be serviceable, to be able to pop out one of these chips and the service is done.

What do you think? Were all those early Apple chips socketed for practical reasons? Or were they part of the more-open Apple of yore?

The video is below and on his website here (in the second video, he boots up the machine and does a little demonstration). Want more tech nostalgia? Maybe you missed our retro game console teardown week—we took apart five old game consoles released between 1975 and 1995.