The Samsung Galaxy S III was supposed to land in our hands today, but shipping delays can affect the best of us. Thankfully, our Canadian heroes at Chipworks came to the rescue and offered to provide us lovely disassembly photos of the Galaxy S III in their possession. 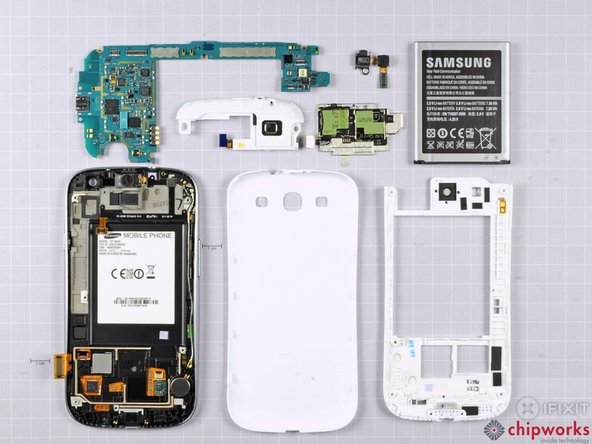 We’re not going to give the Galaxy a repairability score because we don’t feel it’s right to judge a device through the intertubes. We’re getting a unit of our own, so we’ll update the teardown with a score once we have it in hand.