Not very many reporters get inside the gates of Foxconn in Shenzhen, China, where workers assemble 40% of the world’s electronics, including iPads and iPhones. But last week, American Public Media Marketplace’s Rob Schmitz was given a guided tour of the iPad assembly line (he took some video, below) and spent several days talking to Foxconn workers. Although allegations of worker abuse have been big US news over the last few months following a string of worker suicides at the Foxconn plant, workers Schmitz talked to felt Foxconn was better than most other factories—they pay on time and have amenities such as soccer fields and pool tables.

But factory work itself is changing. As rural China develops, tourism is expanding, and many factory workers are finding that they can make more money in jobs closer to home—jobs in hotels, for example, rather than the backbreaking farm labor they expected they’d have to do if they stayed home. And the cost of living in these rural areas is much lower than in big cities like Shenzhen. 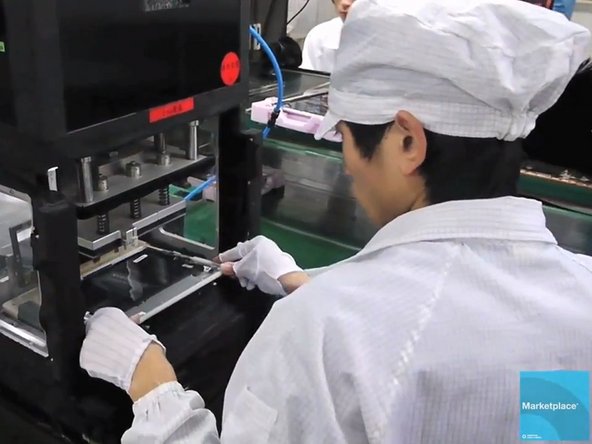 Companies such as Foxconn are responding in two major ways: more automation, and moving factories from big cities into the rural areas from which factory workers migrate. In the video from the iPad line, we see a machine pressing the battery into the iPad housing and another machine spinning iPads around to test their gyroscopes. One machine, Foxconn spokesman Louis Woo told Schmitz, has replaced one-seventh of the workers on a particular line.

Machine-stamping batteries into the iPad housing explains how the mostly-hand-assembled iPad can have such a difficult-to-remove battery. Though increasing automation means fewer workers will have to do tedious, alienating assembly line work making devices that cost almost two months of their pay, it’s worrying from a repairability perspective. The less the iPad is assembled by hand, the more difficult it will become to disassemble by hand.

I know we’ve made a lot of noise here on iFixit.org about iPad repairability (or, rather, the lack thereof). But since Apple is expected to sell 55 million iPads this year alone, we think it’s a point worth making again. Apple is obviously not concerned about repairability—and unless consumer complaints become too loud to ignore, they never will be.

Hope for a Tool-Less Tomorrow 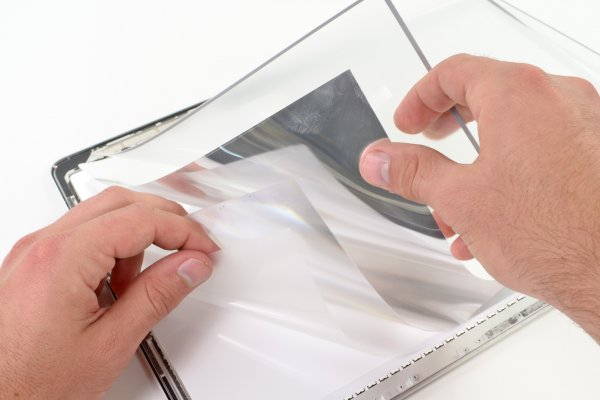 Inside the Retina Display