It’s better, he says, for consumers to have throw-away hardware that lasts two or three years. That way, Apple can innovate faster because they don’t have to support old products. This rapid innovation cycle will allow (insert sarcasm here) consumers to support the burgeoning tablet market. And soon, we’ll all be able to move from the antiquated modular PC market to the brave new world of “appliance” electronics—that is, if I understand Burns correctly, electronics with software so intuitive and self-sustaining that we won’t even need to think about the supporting hardware anymore.

I know that Apple’s consumer electronics vision has changed the world. I’m writing this on my MacBook on an airplane with Wi-Fi, somewhere above Utah. The woman on my left is reading on a Nook. Across the aisle, two young boys are playing a game on an iPad while their dad works on a ThinkPad. Portability, intuitive user interface design, and affordability are important issues for consumers, including me. I’m a techno-utopian, too. Advances in technology make lives all around the world better. 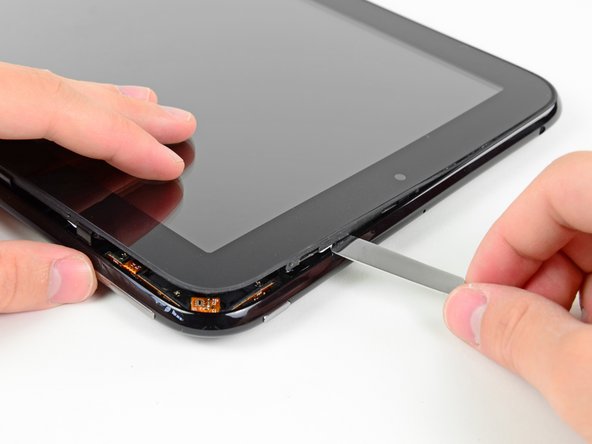 But serviceability and innovation are not mutually exclusive, as Burns suggests. Even Apple is still making awesome repairable products: we’ve recently given both the Apple TV and Mac Mini very high repairability scores.

Yes, perhaps the iPad would have to be slightly thicker if it were held shut with clips rather than glue. But how many people do you know who wouldn’t buy an iPad if it were two millimeters thicker? I’m sure you know many more people who have dropped a smartphone or tablet on the unforgiving concrete. And you probably know more people who have retired an iPod because the battery died right after the warranty expired. All these people have been infantilized out of a relationship with their hardware.

Revolutionary new technology “appliances” don’t eliminate the need for repair. If I spend $600 on any hardware, I expect that it will last me a good long time. If it breaks, I expect to be able to fix it (or get it fixed). I would never buy a car with the hood welded shut—and neither would Burns. And if I call a repairman to come fix my dishwasher, I don’t expect that he’ll need to spend two hours loosening the seal with a heat gun just to get to the motor. That’s ridiculous.

What’s even more ridiculous is to suggest that making it easy to open up our own stuff is somehow anti-consumer. Last time I checked, saving money is something consumers love. iPads aren’t cheap; the latest version runs $500-$800 dollars, which is more than many people spend on rent. Burns argues that it’s worth it, because Apple has a “very slow but methodical release cycle”—meaning Apple products spend just enough time basking in the glow of high-functionality before they become obsolete.

But when did two to three years become the standard for a slow and methodical release cycle? And what if consumers don’t want to rush to the store to buy something as soon as Apple releases a new update? In Burns’s model, it seems like they wouldn’t have a choice. Once the warranty expires, there would be no way to save the device. But repair can save that device from obsolescence, which in turn saves people money. How in the world is saving people money anti-consumer? 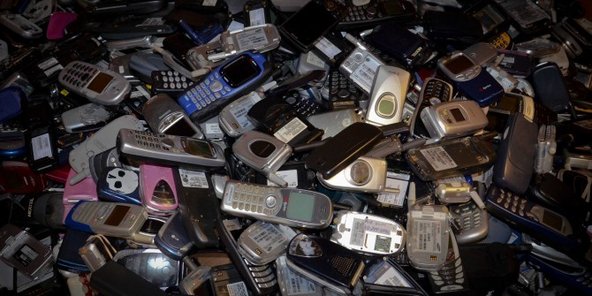 Of course, Apple knows a thing or two about the average consumer. Apple has muscled their way to the top of the industry with a simple strategy: make customers happy. The iPhone regularly tops customer satisfaction indexes. They have proven that if you make the best product, people will respond. But there’s one critical chink in their industry-leading customer friendliness, and that’s post-warranty hardware support. Ask anyone who’s broken an iPhone screen or dealt with a failing battery how frustrating and inconvenient Apple’s support process is, especially if you don’t live near a retail store.

It’s possible that someone inside Apple made the calculation that designing an iPad that pushes consumers to replace it in a few years rather than replacing consumables would help sales. It’s equally possible that a sustainable, repairable product design was on the table, but got de-prioritized in the efforts to slim the iPad down. Whatever the reason, this was a short-sighted decision.

American automotive manufacturers learned the hard way that making repairable, long lasting products was critical to maintaining resale value and driving retail sales. It’s equally important for the electronics manufacturers we trust to take care of all of their users, whether they bought the product first-hand or third-hand. Repairability impacts resale value—I’m far more willing to spend money on something that I know I’ll be able to resell in a couple years than on something with a non-replaceable consumable and little resale value. 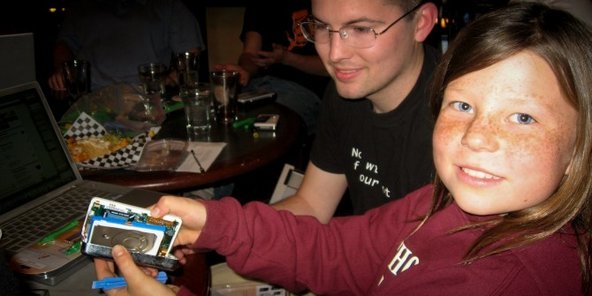 And speaking of cars, Burns says that the iPad doesn’t have any consumables equivalent to a belt in a car. That’s simply not true—it doesn’t say this on the packaging, but the iPad battery has a 1000-cycle lifetime. The iPhone’s battery only lasts 500 cycles.

Turning a blind eye to hardware limitations doesn’t mean they disappear. A battery is a consumable, just like a print cartridge or the tires on your car. Sure, Apple will replace your iPad if your battery dies within your warranty period. But what happens after the warranty runs out? What happens when, three years from now, you upgrade and want to give your kid your iPad—which still works, save its dying battery? We’ve helped hundreds of parents install new batteries and resurrect dead iPods for their kids because Apple left them high and dry. We’ve even helped a few kids resurrect iPods for their parents.

Tablets, because they’re so new and relatively expensive, are not yet showing up in e-waste dumps and secondhand markets such as Alaba and Lajpat Rai. But if the tablet revolution happens the way Matt Burns says it will, and “appliance” electronics replace PCs, that will be a tragedy for developing countries. Internet usage is exploding across Africa, and almost everyone is using secondhand computers and mobile devices. None of my friends in Nairobi buy new phones—they get inexpensive secondhand phones from local repair shops. The most accessible—and most environmentally friendly—electronics are the ones that we’ve already made. The best way to bridge the digital divide and get our incredible technology in the hands of the people who need it is to keep the stuff we’ve already got functional. A five-year-old laptop could change the life of a small business owner in the developing world. 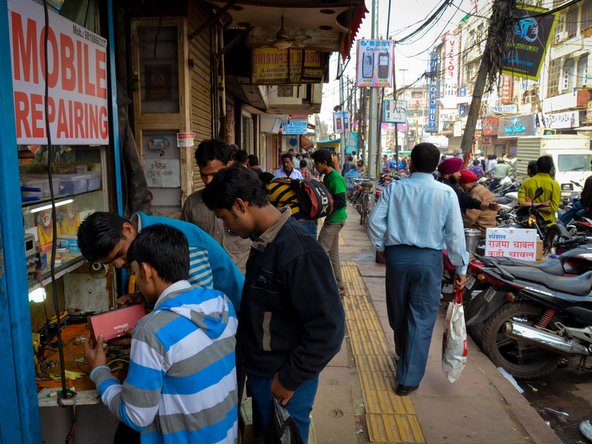 The first consumer is the only one from whom Apple makes significant money, of course. But Apple’s anti-repair perspective is already costing them these customers. I regularly hear from people that refuse to buy easy-to-break, difficult to fix products. Are these people statistically significant enough to make a difference to Apple? I hope so. That’s why we think it’s worthwhile to make a big stink about the repairability of the iPad.

Making stuff repairable isn’t living in the past, and it’s not just about saving money. Repair will make the electronics of today accessible to the developing world of the future.