When Juan Ordonez’s elementary-school-aged daughter started clamoring for a computer, he had an idea. Rather than buy her a brand new laptop and pay for all kinds of fancy capabilities she doesn’t need, he decided to take two old broken iBook G4 800s—one with a fried motherboard and another with a bad hard drive—and combine them into one working computer.

For someone who had never opened up a laptop before, this was an ambitious project. But three hours of hard work later, with the help of his Pro Tech Base Toolkit, Juan had stripped the computers “to the bone” and then pieced working parts back together. 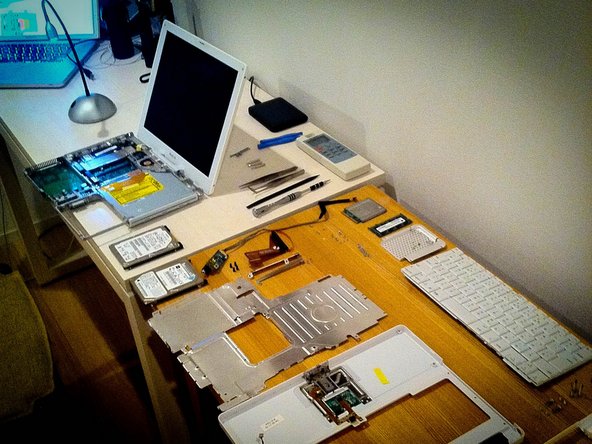 The Franken-computer booted, and his daughter was thrilled. “It has all she needs, and it will take some time before she outgrows it,” he told me in an email. “Also, it’s pretty valuable to teach kids that not all problems have to be solved by buying something new.”

Since getting his Toolkit, Juan has been inspired to do more repair: he successfully fixed a Sony portable DVD player, and is now trying to fix a Sony MD7000 All-in-One stereo. Good luck, Juan, and congratulations on your successful repairs. You can see Juan’s full story here.

Ever Broken a Textbook Beyond Repair? Now, with iBooks, You Can! 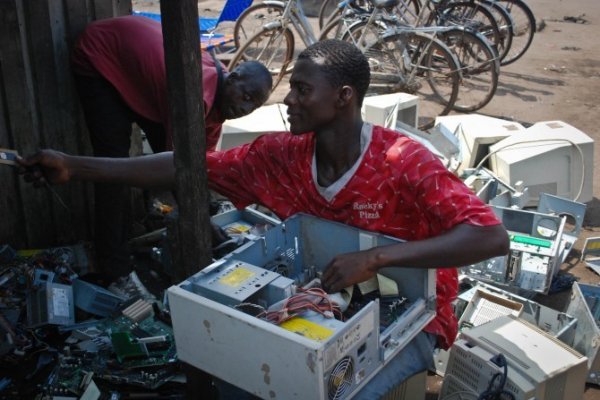