Today is World Autism Day, and for the entire month of April (and all year long) we’re supporting autism awareness!

Last year, the CDC announced that approximately 1 out of 59 children is diagnosed with an Autism Spectrum Disorder (ASD). ASD symptoms come in many forms, but some experience sensory overload or have trouble communicating—in fact, one third of people with autism are nonverbal. Those with ASD can also be hyper-focused and meticulous, making them savant and ideal employees. That’s why major tech corporations like Microsoft and HP have developed programs to create a more inclusive workplace and hire people on the spectrum. And speaking of tech jobs, Forbes named electronics repair to be one of the best careers for people with ASD. So what is it about tech and repair that makes it an ideal career for people on the spectrum? I interviewed a member of our community with ASD to find out. 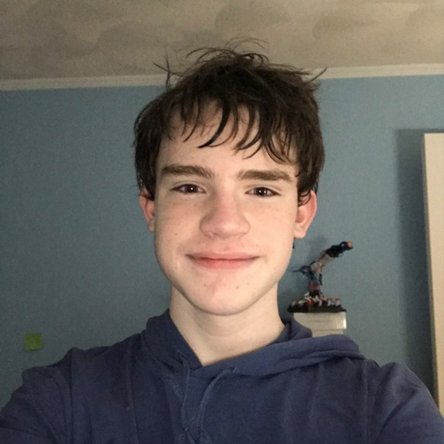 Aiden is a 15-year-old fixer in Massachusetts with mild autism who is aspiring to be an IT professional. Aiden has contributed 25 repair guides to iFixit.com and provided 437 repair solutions in the Answers Forum, earning him over 11,700 reputation points! Last week I asked him to answer a few questions about his autism and experience in repair.

When did you start fixing things?

I started fixing things… I can’t quite pin it to a specific time, but as long as I can remember. I always liked to tinker with things.

When were you diagnosed with autism and how did it make you feel when you found out?

I was diagnosed back in 2015 and I had just turned 12. At the time, I don’t think I really knew what autism was, and to be honest I was kind of indifferent. But it was good because now we had actual papers to show my school that I am in fact eligible for the Individualized Education Program (IEP). We were fighting the school trying to get an IEP, and eventually after I was diagnosed we did get it.

How does your autism affect your daily life?

The type of autism I have only affects my social skills (also known as high functioning autism.) So I’m just a bit awkward socially. Social interactions are always awkward for me.

How does having a hobby like repair help you manage your symptoms?

Why do you like contributing to the iFixit community?

I like contributing because electronics and repairing them is something that interests me. There’s no need to make small talk or read facial expressions, you just provide an answer that you expect will fix their problem, and that’s it!

Why do you think it’s important for people to fix before they replace?

It’s always more fun to open something. Even if you fail to fix it, there isn’t much to lose. I also prefer fixing things because its cheaper. I like to see what makes things work! 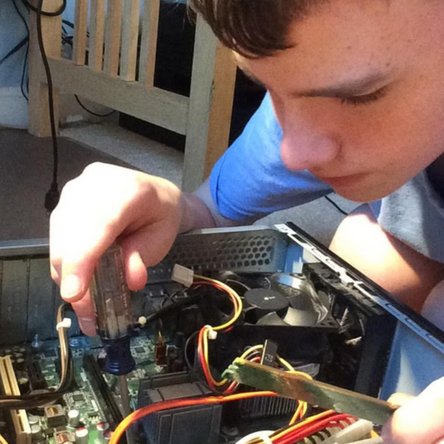 What advice do you have for others who want to learn electronics repair?

It’s really not that scary. Just make sure you remove the power and you’re pretty much good to go! Also, don’t cut corners. Cut corners and you’ll end up fixing it again.

Would you consider your autism a super power in any way?

One of my favorite things about it is that I don’t feel the need to really fit in. I can be myself as I don’t really care for the social aspect. I don’t really care if people think I look stupid, or if I might embarrass myself. I’m always eager to participate!

What’s one thing you wish everyone understood about autism?

Not all people with autism are the same. And chances are, you probably know someone who has autism, but just hasn’t told you! It’s not always obvious like people imagine it is.

Support autism awareness by sharing this story and donating to further autism understanding and acceptance around the world.