Our original Droid Razr teardown from last November revealed how the device packs all that fun hardware into such a thin form factor. But recently we’ve heard the good word from the bird that Motorola may be using different components inside Droid Razr units manufactured after our teardown. So of course we just couldn’t resist de-EMI-shielding another Droid Razr unit for the sake of science. That’s just how we roll.

To those who might think we’re just wasting phones without abandon, you needn’t worry – the second unit is also going to be used for our repair guides, so you won’t have to suffer if you’re trying to repair your Droid Razr yourself.

Behold the updates! We removed a ton of EMI shields with our dental pick and exposed all the new hardware that powers this Droid Razr (click on any image to load the ginormous version):

So what’s new? First thing to note is the new SanDisk SDIN5C1-16G flash memory chip. It’s the largest change in the new Droid Razr – literally. The large-and-in-charge SanDisk package resides exactly where the earlier Droid Razr’s 16GB Toshiba flash used to be. To those keeping score, we also uncovered the same SanDisk flash memory chip inside the Nook Tablet.

The rest of the components are largely the same, aside from the Bosch accelerometer being a slightly updated unit. To be extra thorough, we also updated the Droid Razr teardown to reflect this new-found knowledge.

Well there you have it, folks. We certainly hope you’re not particular about which components your Droid Razr sports, because you never know what stuff lies inside unless you open it up and remove the EMI shields – which will certainly guarantee a dead Droid on your hands.

But even if you accidentally break your Droid Razr, don’t worry. Give us a week or two and we’ll have guides for your repairing convenience. Just keep your peepers glued the Droid Razr device page, and we’ll help you out. 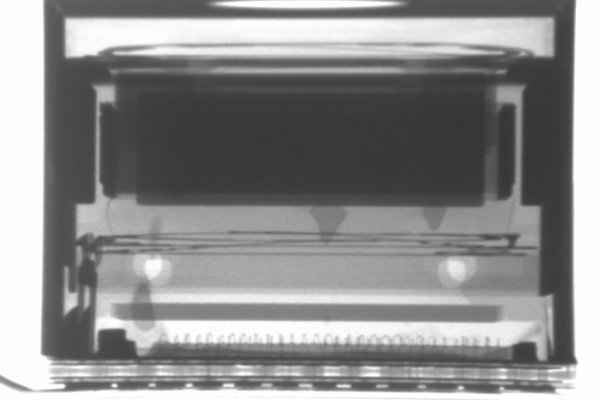 Droid RAZR Camera Made by Omnivision 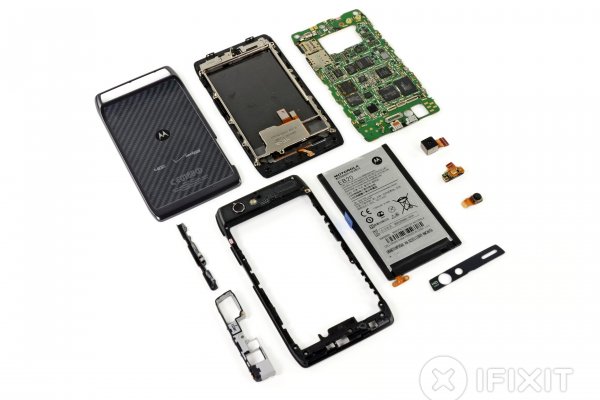